4 critically injured by explosion and fire in UK's Leicester 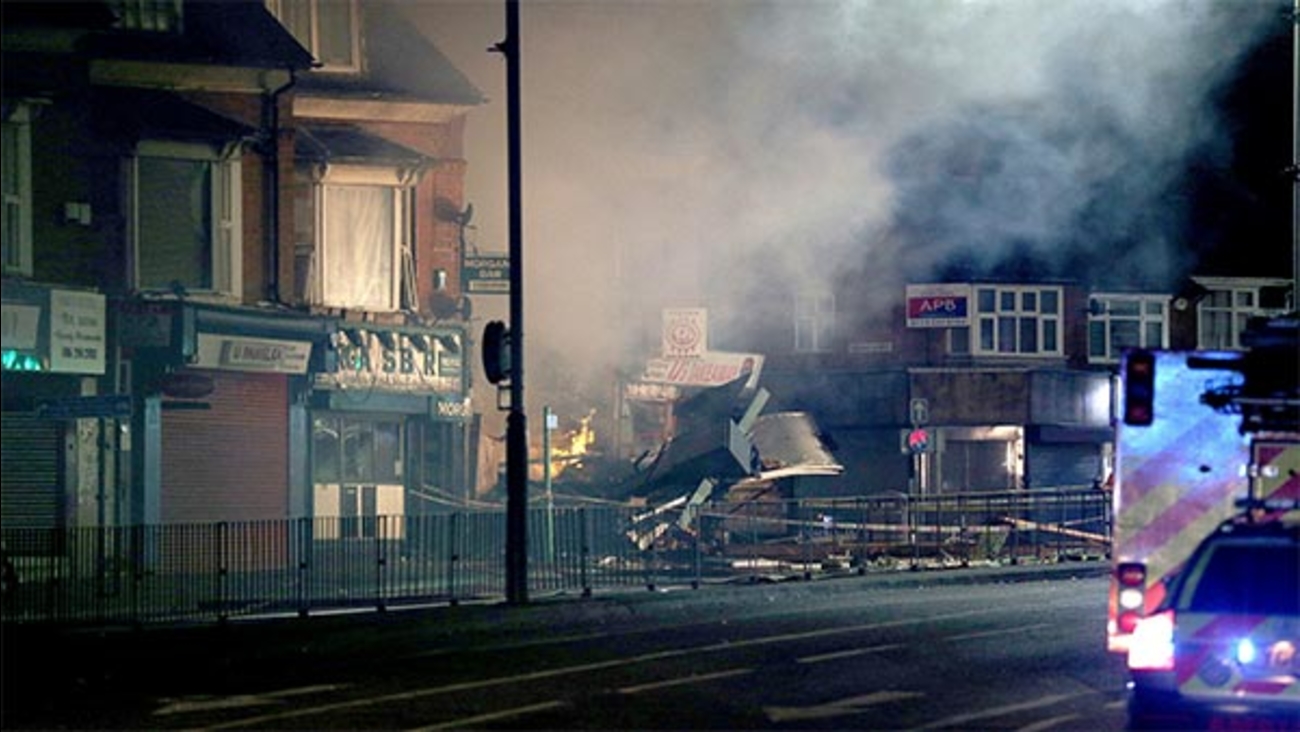 Four people were hospitalized in critical condition following an explosion that left a building in the English city of Leicester in flames Sunday, local emergency agencies said. (Aaron Chown)

LONDON -- Four people were hospitalized in critical condition following an explosion that left a building in the English city of Leicester in flames Sunday, local emergency agencies said.

Leicestershire Police initially asked the public to stay away from the road where the explosion happened just after 7 p.m. while first responders tended to what was described as a "major incident."

The department said on its website about three hours later there was no indication the emergency was terrorist-related. It asked the news media and everyone else not to speculate about the cause.

"The cause of the explosion will be the subject of a joint investigation by the police and Leicestershire Fire and Rescue Service," the police department said.

The incident on a crowded street that leads into Leicester's city center was being treated as a search-and-rescue operation, the Fire and Rescue Service said. Six fire engines and a hazardous material response team were deployed.

University Hospitals of Leicester said the four people taken to a local hospital are critically injured. The nature of their injuries was not made public.

Video footage from the scene showed a building that appeared engulfed in towering flames and a number of police cars and ambulances stationed nearby.

The fire service said the building is believed to have collapsed and it's not known if more people were injured or are trapped in the fire and rubble.

The street is a mix of apartments and small shops, including a convenience store, a kebab restaurant and a Polish grocery. Police said a number of buildings near the burning one were damaged.

Neighbors near the building were evacuated as a precaution and taken to a nearby police station. Electricity to the area was cut for safety reasons and a large police cordon was established.

Eyewitnesses said there was thick smoke in the area. One neighbor told Sky News she lives 500 yards (457 meters) away and felt her apartment shake with the explosion.