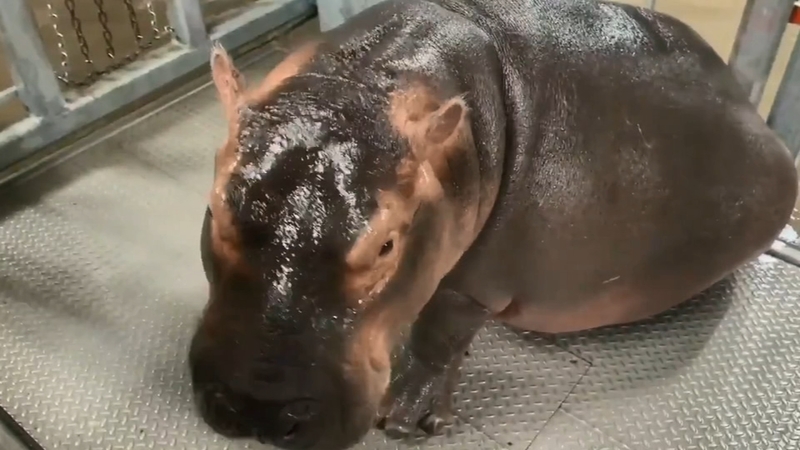 CINCINNATI -- The Cincinnati Zoo is celebrating another milestone for its famous premature baby hippo.

The zoo acknowledges reaching that weight mark is more of a sentimental milestone since full-grown female hippos weigh about three times that. Senior keeper Jenna Wingate tells WVXU radio that it's "a big deal" because the zoo didn't know whether she would survive at birth.

Born nearly two months early in January 2017, she was 29 pounds (13 kilograms). That's about a third the size of a typical full-term Nile hippo. She also was unable to stand or nurse.