Ex-wife of Lorenzen Wright charged with murder in 2010 death 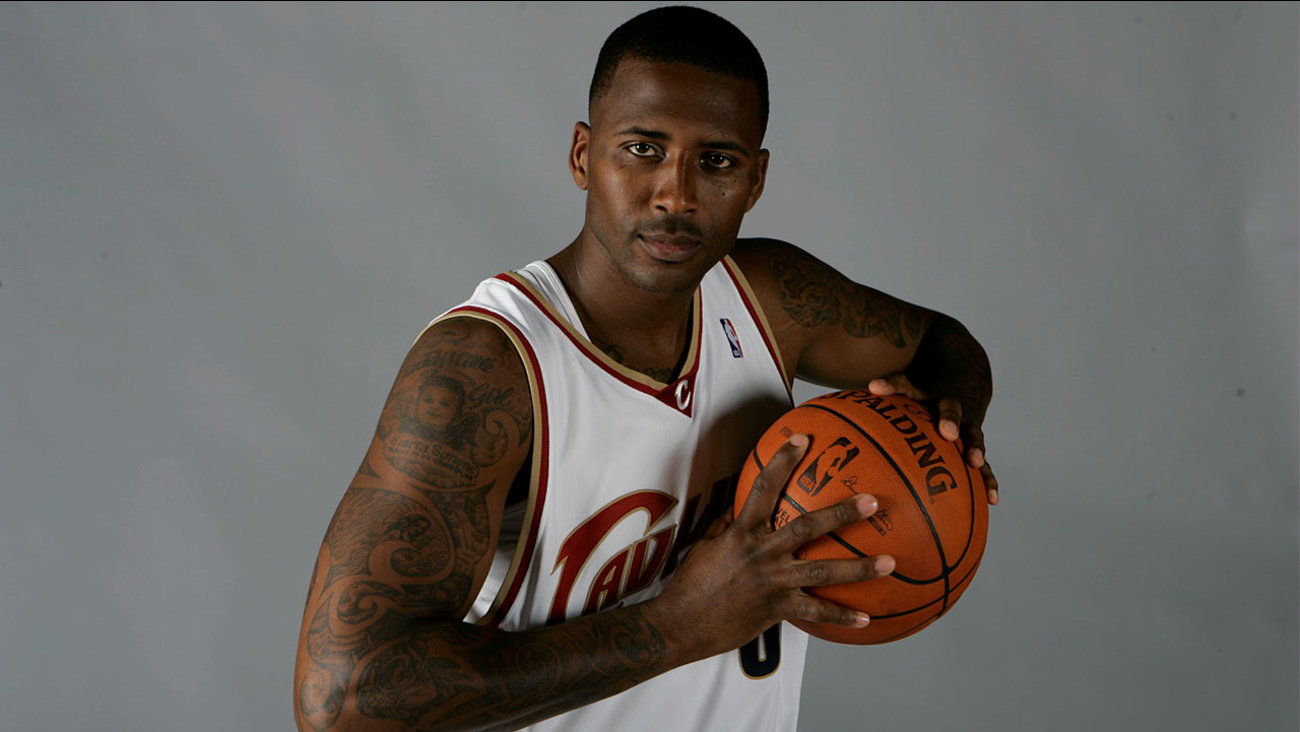 The ex-wife of former NBA player Lorenzen Wright has been charged in his slaying, more than seven years after his body was found in a field in his hometown of Memphis.

MEMPHIS, Tenn. -- The ex-wife of former NBA player Lorenzen Wright has been charged in his slaying, more than seven years after his body was found in a field in his hometown of Memphis.

Memphis Police Director Michael Rallings said Saturday that Sherra Wright has been charged with first-degree murder in the death of Wright, who played for five teams over 13 seasons as a forward and center in the NBA.

Wright's decomposing body was found in suburban Memphis on July 28, 2010 - 10 days after the 34-year-old was reported missing. He was shot multiple times. The seven-year investigation into his death has been one of the Memphis Police Department's most high-profile unsolved cases.

The case had a break earlier this month, when Billy R. Turner was indicted on a first-degree murder charge Dec. 5 in Wright's death. Turner has pleaded not guilty. Media reports have said Turner, a landscaper, and Sherra Wright attended the same church. Rallings would not discuss the connection between Turner and Wright, but he said police were confident they knew each other.

A release from the Shelby County District Attorney's office says Turner and Sherra Wright conspired to kill Lorenzen Wright. Sherra Wright has a court hearing Monday in California. Officials were not certain Saturday when she would be returned to Memphis.

Police said last month that they had found a gun used in the killing in a lake near Walnut, Mississippi, about 75 miles (120 kilometers) east of Memphis.

"The weapon was key," Rallings said.

Rallings said police are looking at other people in the investigation.

Sherra Wright received $1 million from her ex-husband's life insurance policy. She agreed to a settlement in 2014 in a court dispute over how she spent the insurance money meant to benefit their six children, The Commercial Appeal has reported.

Born and raised in Memphis, Lorenzen Wright was a fan favorite thanks to his charity work with youth and his father's involvement as a coach in summer leagues. Former NBA players and friends including Anfernee Hardaway and Elliot Perry attended a memorial service for Wright in the days after his body was found.

Sherra Wright spoke with police after her ex-husband's body was found. According to an affidavit, Sherra Wright told police she saw him leave her home carrying money and a box of drugs on July 18, 2010.

Before he left, Sherra Wright said she overheard her ex-husband on the telephone telling someone that he was going to "flip something for $110,000," the document said.

Sherra Wright said Lorenzen Wright left in a car with a person she could not identify. The affidavit said Sherra Wright gave the statements to police in the Memphis suburb of Collierville, where she lives, on July 27 - nine days after he left her house for the last time.

In the early morning of July 19, a police dispatcher in the suburb of Germantown received a call from Wright's cellphone. Dispatchers acknowledged they heard noises like gunshots before the call was dropped.

Dispatchers said they didn't alert patrol officers or commanders because they couldn't confirm it came from their jurisdiction. They didn't send a patrol officer or relay the information to Memphis police until days later.

Wright's body was found in a field near some woods in the height of summer, complicating the investigation because evidence had likely deteriorated in the heat. An autopsy report showed bullet fragments were lodged in Wright's skull, chest and right forearm.