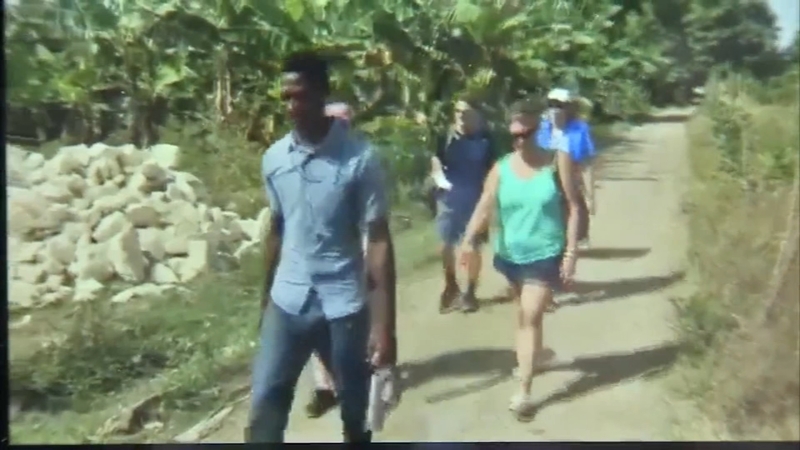 The days have been long and stressful, to say the very least.

Bunkin's ears and eyes have been glued to her phone and social media, waiting for updates.

Her son, Kevin, his wife and their three kids have been stuck and in hiding in Haiti just outside of Port Au Prince.

"It's been really hard. As a mother, you want your children safe, especially your grandchildren safe," said Bunkin of Point Pleasant.

Major routes have been shut down, including the way to the airport.

The unrest has been sparked by the Haitian government's decision to raise taxes on gas by nearly double.

As a result, the US State Department advised those in Haiti to shelter in place.

Bunkin says just before the protests erupted, Kevin and his family flew into the country with their church on a mission trip to an orphanage.

She says he's been documenting their work on his Facebook page.

But then once the violent protests began, he started documenting an escape from their original hotel in Port Au Prince, to outside the city.

But with major routes shutdown driving wasn't an option.

"They went down back alleys with a Haitian guide, went through some stream beds and got to safety with everyone in their group," said Bunkin.

Bunkin says even though what's she's seen on the news is scary, her son's group is very smart. That gives her comfort, along with Buddy.

"The group they were with knows what happens in Haiti and they'd be prepared for emergencies like this and they were," she said.

Recently, Bunkin received word that Kevin and his family and their guide have made it to their airport and they have a flight booked to Fort Lauderdale for Monday night.