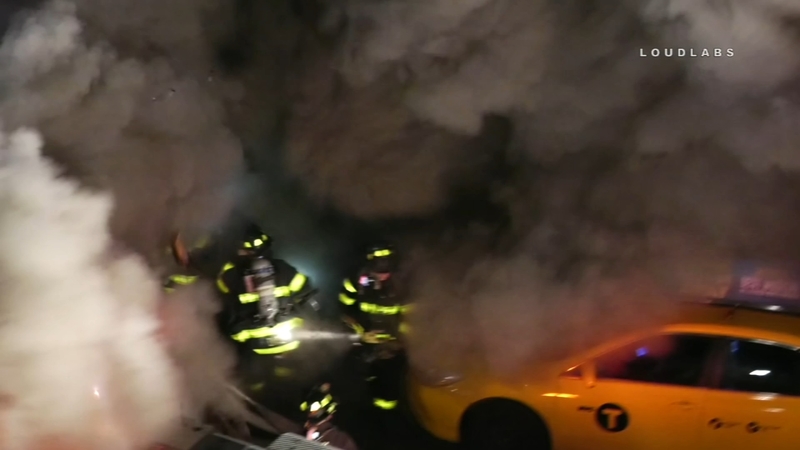 Firefighters were knocked off their feet when flames and smoke burst out the front of the building and swept through the entire city block.

Seven firefighters and five civilians were hurt but all of them are expected to survive.