NKorea launches ICBM in possibly its longest-range test yet 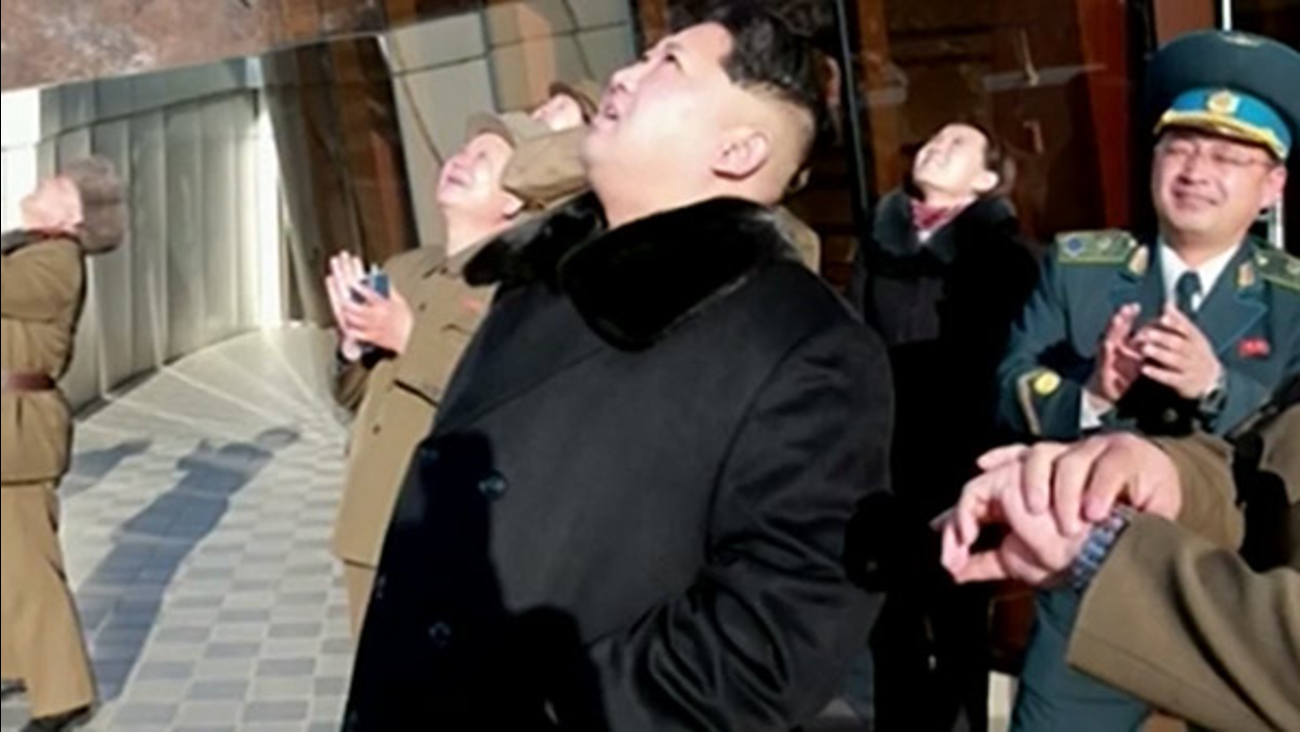 WASHINGTON (WPVI) -- North Korea abruptly ended a 10-week pause in its weapons testing Tuesday by launching what the Pentagon believes was an intercontinental ballistic missile, a move that will escalate already high tensions with Washington.

Pentagon spokesman Col. Rob Manning said that the missile was launched from Sain Ni, North Korea, and traveled about 1,000 kilometers (about 620 miles) before landing in the Sea of Japan. Japan said it may have landed within 370 nautical kilometers (200 nautical miles) of its coast.

The launch is North Korea's first since it fired an intermediate range missile over Japan on Sept. 15, and it appeared to shatter chances that the hiatus could lead to renewed diplomacy over the reclusive country's nuclear program. U.S. officials have sporadically floated the idea of direct talks with North Korea if it maintained restraint.

An intercontinental ballistic missile test will be considered particularly provocative as it would signal further progress by Pyongyang in developing a weapon of mass destruction that could strike the U.S. mainland, which President Donald Trump has vowed to prevent.

Seoul's Joint Chiefs of Staff said the U.S. and South Korean militaries were analyzing the launch data from the missile, which it said was fired from an area in a city close to North Korea's capital. In response, it said South Korea conducted a "precision-strike" drill, without elaborating.

A week ago, the Trump administration declared North Korea a state sponsor of terrorism, further straining ties between governments that are still technically at war. Washington also imposed new sanctions on North Korean shipping firms and Chinese trading companies dealing with the North.

North Korea called the terror designation a "serious provocation" that justifies its development of nuclear weapons.

"We can assume it was ICBM-class," Onodera said.

Japan's Chief Cabinet Secretary Yoshihide Suga said the missile landed in the Sea of Japan. He called the provocation unacceptable and said Tokyo has filed a strong protest.

In Washington, White House press secretary Sarah Sanders tweeted that Trump was briefed on the situation "while missile was still in the air."

Trump didn't address the launch when asked about it while visiting the Capitol on Tuesday.

Trump has ramped up economic and diplomatic pressure on the North to prevent its development of a nuclear-tipped missile that could strike the U.S. mainland.

Tuesday's launch came as the U.S. discussed with South Korea next steps on North Korea. The South's top nuclear negotiator, Lee Do-hoon, was in Washington for talks with Joseph Yun, the U.S. envoy for North Korea policy.

Associated Press writers Matthew Pennington in Washington and Mari Yamaguchi in Tokyo contributed to this report.