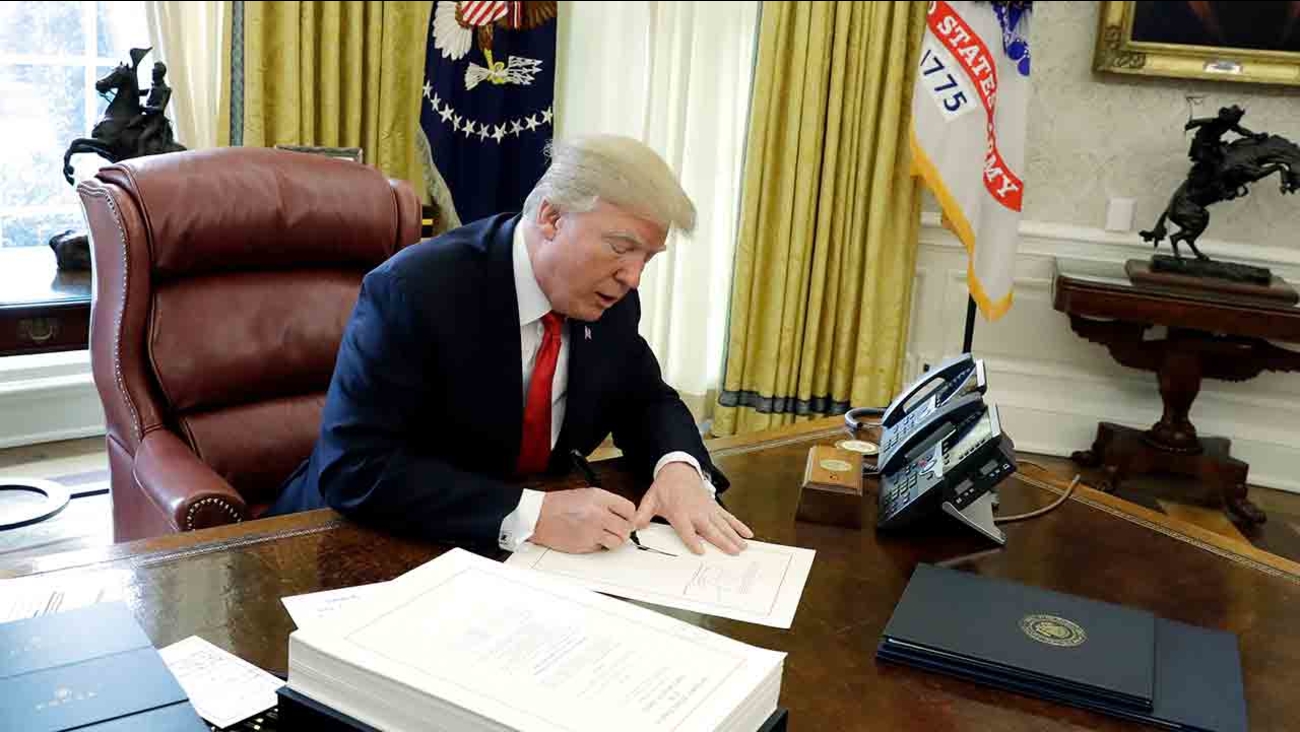 Trump touted the size of the tax cut, declaring to reporters in the Oval Office before he signed it Friday that "the numbers will speak."

The president said he was going to wait to sign it until after Jan. 1 but changed his mind.

The legislation provides generous cuts for corporations and the wealthiest Americans and smaller ones for the middle class and low-income families.

It is the first major overhaul of the nation's tax laws since 1986, but far from the largest tax cuts in American history as the president claims. Politically, it marks the Republicans' first major legislative accomplishment of Trump's presidency.

Some estimates say the cuts could add to the nation's soaring deficit.