Man proposes to girlfriend in front of Pope Francis 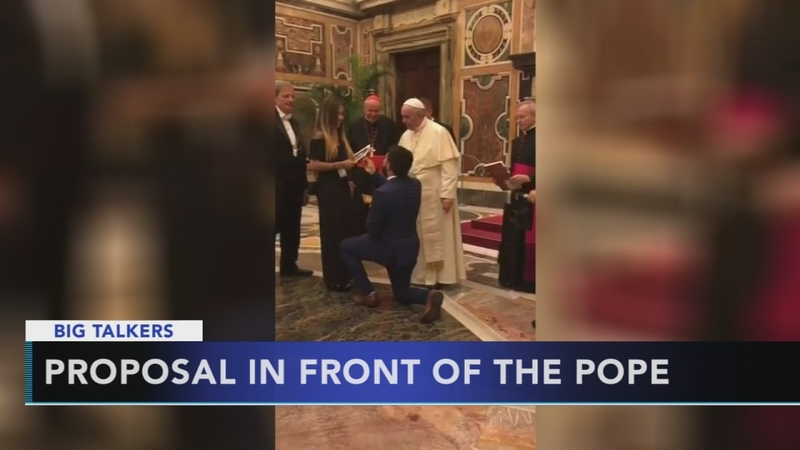 Man proposes to girlfriend in front of Pope Francis

Cameras were rolling as Dario Ramirez got the chance of a lifetime privately with Pope Francis.

Ramirez is a Venezuelan civil rights activist who was forced to flee his country in 2014.

After about minute of conversation with the Pontiff, Ramirez dropped to one knee and popped the question to his already stunned girlfriend, Maryangel Espinal.

Espinal was so speechless by the moment that Pope Francis himself had to remind her that his question required an answer.

And of course, she said yes.

The proposal was carefully planned and pre-approved by a Catholic Cardinal.