Trump celebrates Christmas like most of America, with family 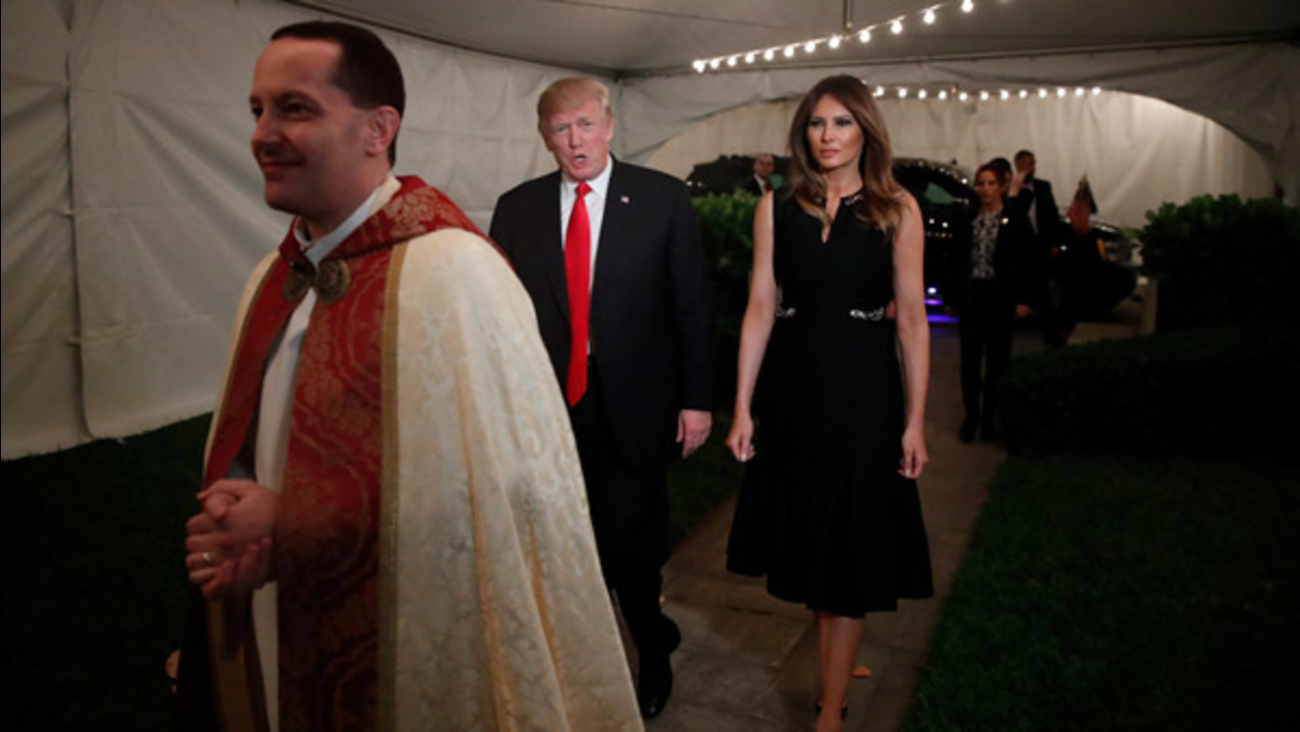 But unlike most Americans, he released a brief video in which his wife, Melania, joined him to "wish America and the entire world a very Merry Christmas."

The first lady says that at this time of year "we see the best of America and the soul of the American people" in children packing boxes to help brighten Christmas for service members and communities coming together to help one another.

"In this season of joy, we spend time with our families, we renew our bonds of love and goodwill between our citizens and, most importantly, we celebrate the miracle of Christmas," Trump said, noting the story of Jesus' birth.

"This good news is the greatest Christmas gift of all, the reason for our joy and the true source of our hope," the president said.

Trump is spending his first Christmas in office at his estate and private club in Palm Beach, Florida. The White House did not say which family members are with him at Mar-a-Lago, but the first lady and their son, Barron, arrived days before he joined them last Friday.

Trump's daughter, Tiffany Trump, was seen getting off of Air Force One in Florida on Friday, and Donald Trump Jr. shared on social media photos of some of his five children at Christmas Eve dinner with their grandfather.

But the day was not without work. White House press secretary Sarah Huckabee Sanders said the president had been briefed on Monday's suicide bombing in Kabul, Afghanistan. The Islamic State group claimed responsibility for the attack, which killed at least six people.

Heading into the holiday, Trump took note of those he considers naughty (a top FBI official, the news media) and nice (U.S. troops stationed overseas and their families, kids eagerly awaiting Santa's arrival). He also squeezed in time for golf, time with family and time for church.

"Merry Christmas," Trump said Sunday night as he and the first lady arrived for a Christmas Eve service at the Church of Bethesda-by-the-Sea in Palm Beach, where congregants welcomed them with a standing ovation. The Trumps wed at the church in 2005.

Trump also sought to cheer U.S. troops who are spending the holiday away from their own families.

"Every American heart is thankful to you and we're asking God to watch over you and to watch over your families," he told Army, Navy, Air Force, Marine Corps and Coast Guard members via video hook-up from his estate.

Trump complimented each military branch, but heaped his most effusive praise on the Coast Guard, which impressed him with its rescue operations during a devastating hurricane season.

"You've done such an incredible job in Texas and Florida and Puerto Rico," Trump said.

Trump opened Christmas Eve by tweeting against those he feels don't support him, including FBI Deputy Director Andrew McCabe and the news media.

After playing golf at his private club in neighboring West Palm Beach, the president joined his wife to field calls from children eager to know when Santa Claus would come to town. The calls came by way of a Santa tracking program run for more than 60 years by NORAD, the North American Aerospace Defense Command.