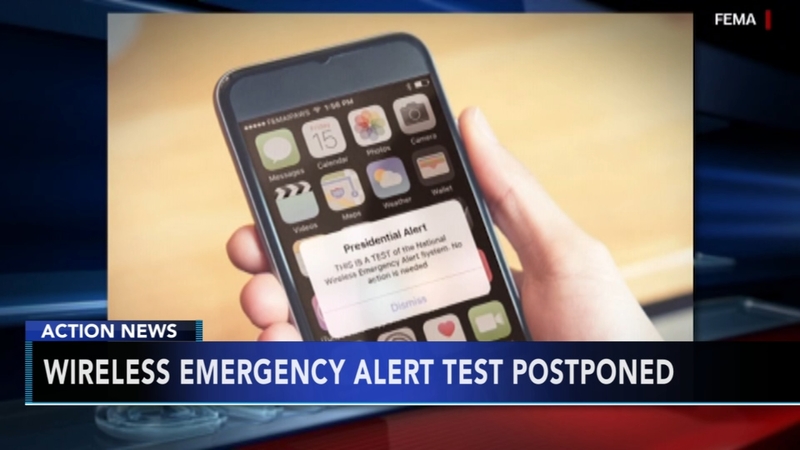 You can expect a text message from President Trump soon.

The Federal Emergency Management Agency (FEMA), in coordination with the Federal Communications Commission (FCC), will conduct a nationwide test of the Wireless Emergency Alert (WEA) system on October 3, 2018 at 2:18 p.m. EDT.

The original date was to be this Thursday, September 20, 2018, but on Monday FEMA announced the national WEA test has been postponed to the backup date.

The goal is to alert Americans to emergencies like severe weather and missing children.

"The EAS is a national public warning system that provides the President with the communications capability to address the nation during a national emergency," FEMA says.

Most cell phone users will receive an alert..

The message will be titled "Presidential Alert," but will indicate it is only a test of the National Wireless Emergency Alert System.

FEMA will also test the Emergency Alert System on radio and television stations.