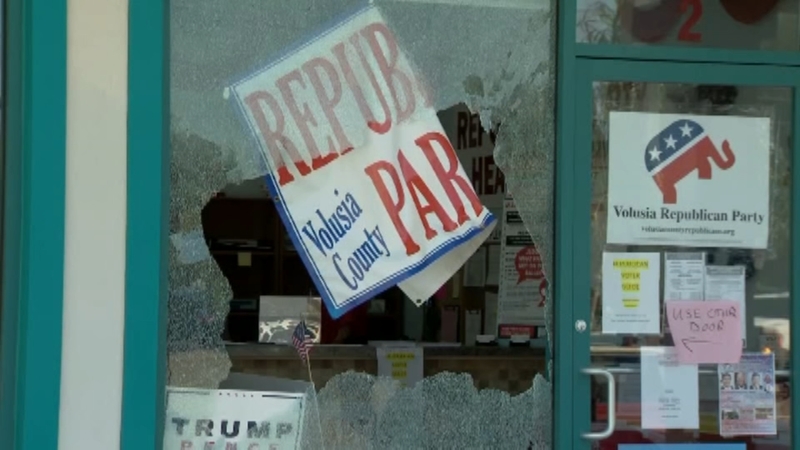 SOUTH DAYTONA, Fla. -- Authorities say the windows of a county Republican Party office in Florida were shot at over the weekend.

Mark Cheatham of the South Daytona Police Department says four shots were fired at the office of the Republican Executive Committee of Volusia County.

Nobody was inside when the shooting took place.

Cheatham says the shooting is being investigated as vandalism until detectives establish a motive.

Ledbetter says it appeared to be by a drive-by shooter. A window was shot out and another had a bullet hole in it.

The office is located in a strip mall in South Daytona, not far from Daytona Beach on Florida's Atlantic Coast.