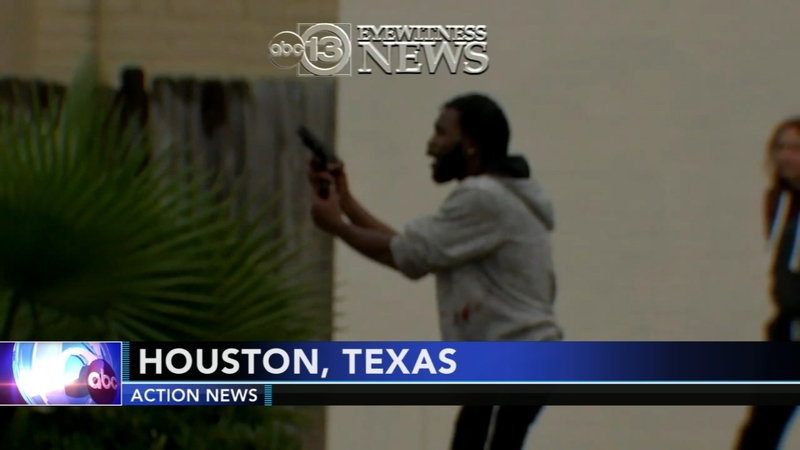 Collision leads to shootout in Houston

HOUSTON -- A rear-end collision escalated into a shootout on a busy street in Houston, Texas.

Our sister station KTRK was on the scene Wednesday covering another story when the incident unfolded.

Two men, with guns raised, began firing at each other.

The news crew continued to record the stand-off and the arrival of police.

Officers had to take cover behind cars before moving in.

One of the men was shot during the confrontation. A bystander was also grazed by a bullet

Both men were taken into police custody.