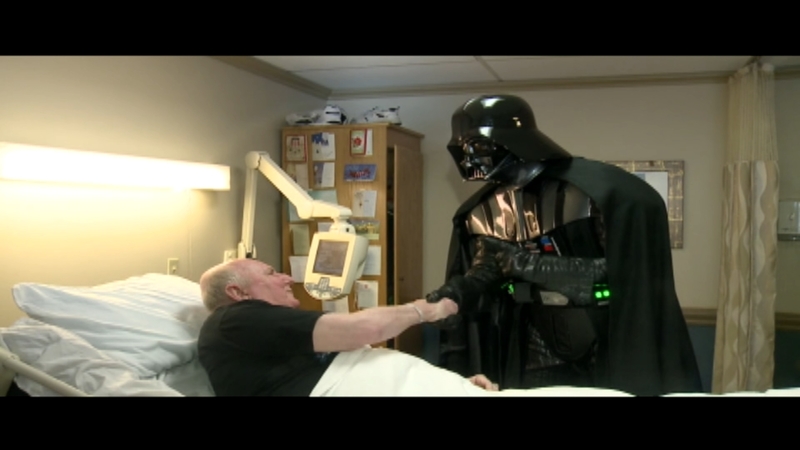 Ron Villemaire, 69, is terminally ill and is in hospice care in Bedford, New Hampshire, New Boston Fire Chief Dan MacDonald said Friday. Villemaire is a huge "Star Wars" fan, but can't get to a theater and sit in a seat.

"Nothing would make me happier," Villemaire, who has stage 4 colon cancer, told WMUR-TV earlier this week. "That would be something to take with me."

After a public plea from his daughter, the Bedford and New Boston fire departments said they would take him Saturday by ambulance to a theater and transfer him to a hospital bed provided at the theater in Epping. Medics will also be on hand while he watches "Star Wars: The Last Jedi."

"We decided to partner to make his dream come true," MacDonald said. He said the movie theater manager and a representative of a group that dresses up as "Star Wars" characters talked to Villemaire, who "just couldn't believe it." People also have donated money to help with the outing.

Villemaire will be joined by family and friends - as well as Darth Vader and storm troopers. The U.S. Air Force veteran will also be greeted by representatives thanking him for his service.