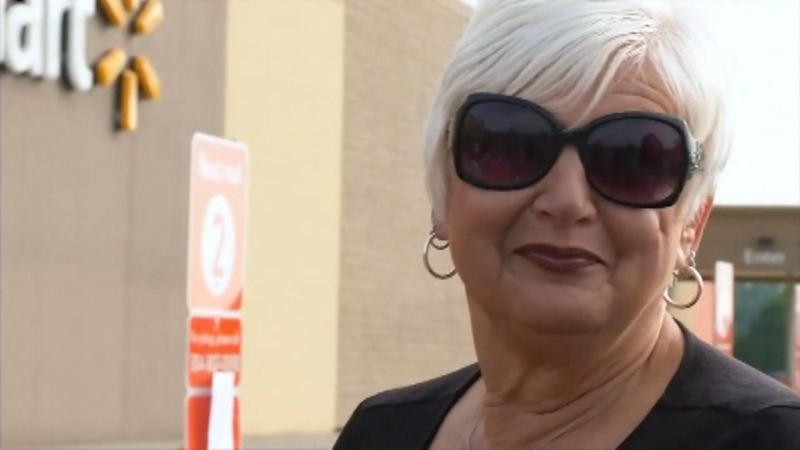 Sue Johnson became an internet sensation earlier this month for doing what she felt was right in the parking lot of a Walmart.

The video went viral as countless people online remarked that they would have simply left the cart where it was.

And even though Johnson doesn't see anything special about her action, Walmart did.

A representative for the company said they were so impressed by what Johnson did that they had to repay her kindness.

Sue Johnson braved a torrential storm last week to return one of our carts—in our book, that makes her a #WalmartLegend! 🎉 For her effort, we’re awarding Sue with a year’s supply of Grocery Pickup so she never has to push a cart through a storm again! 😄 pic.twitter.com/lC4ZMLljji

Walmart surprised her with a year's supply of grocery pickup. So she doesn't even have to get out of the car - or return a cart for the next year.

"All I did was the right thing. I didn't do anything special, except I got wet," Johnson said.

She also received a trophy reading: "Sue Johnson. A Walmart legend for her most epic cart return."