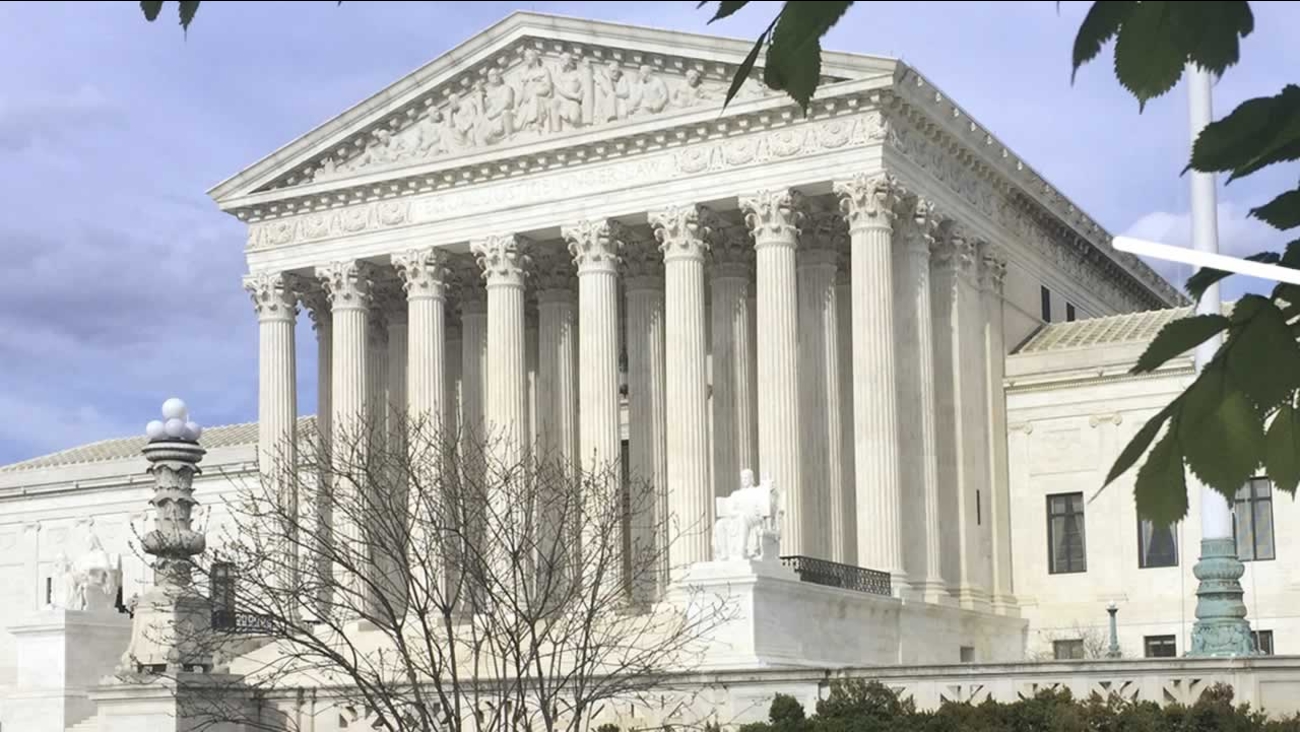 In this April 23, 2018 file photo, the Supreme Court in Washington. (AP Photo/Jessica Gresko)

WASHINGTON -- The Supreme Court ruled narrowly Monday for a Colorado baker who wouldn't make a wedding cake for a same-sex couple. But the court is not deciding the big issue in the case, whether a business can invoke religious objections to refuse service to gay and lesbian people.

The justices' limited ruling turned on what the court described as anti-religious bias on the Colorado Civil Rights Commission when it ruled against baker Jack Phillips. The justices voted 7-2 that the commission violated Phillips' rights under the First Amendment.

Justice Anthony Kennedy said in his majority opinion that the issue "must await further elaboration." Appeals in similar cases are pending, including one at the Supreme Court from a florist who didn't want to provide flowers for a same-sex wedding.

The same-sex couple at the heart of the case, Charlie Craig and Dave Mullins, complained to the Colorado commission in 2012 after they visited Phillips' shop in suburban Denver and the baker quickly told them he would not create a cake for a same-sex wedding.

Colorado law prohibits discrimination on the basis of sexual orientation, and the commission concluded that Phillips' refusal violated the law. Colorado state courts upheld the determination.

But when the justices heard arguments in December, Kennedy was plainly bothered by comments by a commission member. The commissioner seemed "neither tolerant nor respectful of Mr. Phillips' religious beliefs," Kennedy said in December.

That same sentiment suffused his opinion on Monday. "The commission's hostility was inconsistent with the First Amendment's guarantee that our laws be applied in a manner that is neutral toward religion," he wrote.