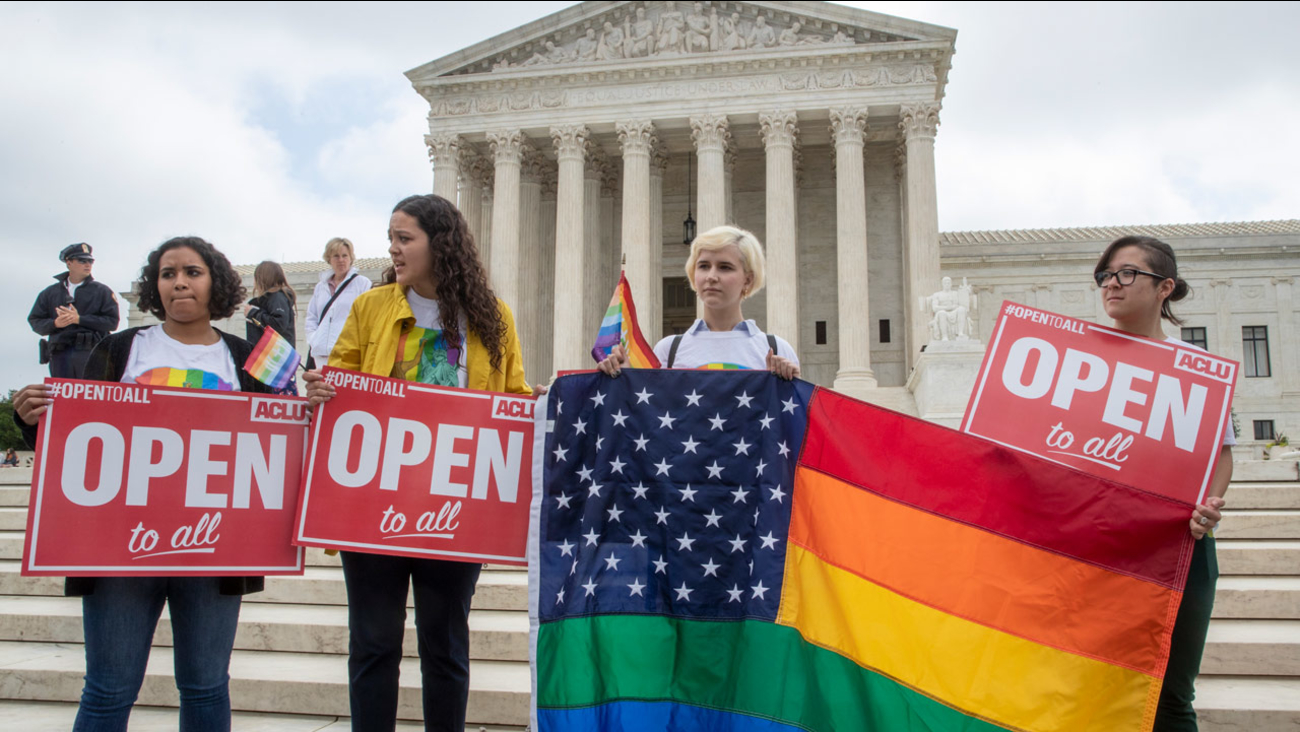 WASHINGTON -- The Supreme Court is ordering Washington courts to take a new look at the case of a florist who refused to provide services for the wedding of two men because of her religious objection to same-sex marriage.

The justices' order Monday means the court is passing for now on the chance to decide whether business owners can refuse on religious grounds to comply with anti-discrimination laws that protect LGBT people.

That's the same issue they confronted, but ultimately passed over, in the recent ruling in favor of a Colorado baker who also objected to same-sex marriage on religious grounds.

The court said in the Colorado case that the Colorado Civil Rights Commission expressed anti-religious bias in violation of the baker's constitutional rights. Washington courts will review the florist's case for similar issues.

It's not clear from the record that the Washington Supreme Court will evaluate Stutzman's case any differently in light of the Colorado ruling.

There are no similar allegations that bias affected the state court decisions, and Washington Attorney General Bob Ferguson said the recent Supreme Court ruling will have no effect on the case against Baronelle Stutzman and her Arlene's Flowers store in Richland, Washington.

But the Alliance Defending Freedom senior counsel Kristen Waggoner, who represents Stutzman, said Ferguson "pursued unprecedented measures to punish Barronelle not just in her capacity as a business owner but also in her personal capacity."