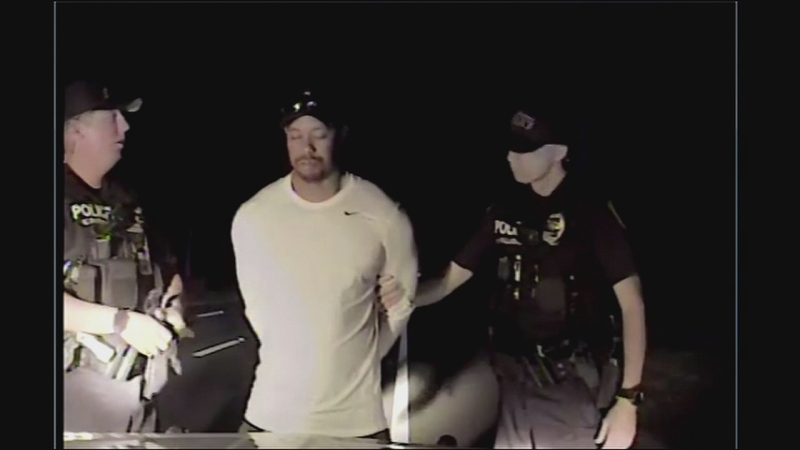 JUPITER, Fla. -- His speech slow and slurred, Tiger Woods couldn't follow simple instructions or keep his balance during a dazed and disoriented encounter with police before he was arrested on suspicion of driving under the influence.

The video images came from dashcam footage that Jupiter police released Wednesday night, and they show Woods with little capacity to stand still without swaying, repeat simple instruction or put one foot in front of the other.

Police found the Woods sound asleep behind the wheel, according to an incident report. The engine was running, the brake lights were on and the right turn signal was blinking. Police also released photos of his car that showed both tires flat and minor damage around the bumpers.

When the officer asks Woods where he had been, the 14-time major champion says, "LA." He says he was headed down to Orange County. 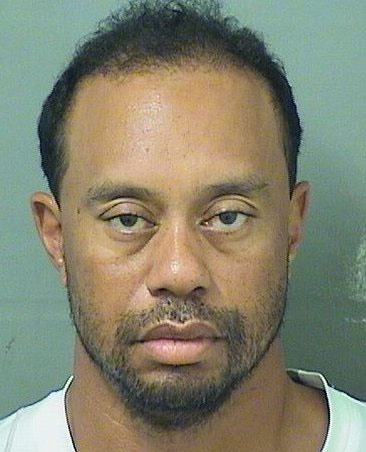 The 1 hour, 39-minute video starts with Jupiter police approaching Woods' car and ends with the cruiser pulling into the Palm Beach County jail, with Woods in handcuffs behind his back and sitting in the back seat.

Woods told the officers he had not been drinking, and two breath tests at the jail registered a 0.0 blood-alcohol level. Woods issued a statement nearly 10 hours after he was released from jail on Monday that alcohol was not involved.

Police: Tiger Woods had 4 meds in system at time of DUI arrest. Watch this ABC News report from Action News at Noon on May 30, 2017.

"What happened was an unexpected reaction to prescribed medications," Woods said in his statement. "I didn't realize the mix of medications had affected me so strongly."

He told police he was taking prescription medicine. When asked what kind, he gave an answer that was redacted from the videotape. The arrest affidavit listed four medications, including Vicodin, that Woods reported taking.

Woods is to be arraigned July 5 in Palm Beach County Court.

The video brings to life the troubling images contained in an incident report from the four police officers who were at the scene.

His speech is slurred from his first words. When the officer points out that Woods' shoe is untied, Woods places his right foot on the front of the police car and starts to fiddle with the laces.

"It's your other shoe that's untied," the officer says as Woods unties the laces.

"Now that one is, too," the officer adds.

When Woods is unable to tie the left shoe, the officer tells him he can take them off. Woods then tells the officer he doesn't remember what happened or being asleep in his car when police approached.

The field sobriety test was a failure from the start.

Woods struggled to simply put his feet together. When he did, he leaned forward after losing his balance.

He couldn't follow a red light the officer moved from side to side. When asked to walk a straight line by going heel-to-toe nine times, Woods staggered from the starting position. He never connected heel-to-toe. He often strayed outside the white line and occasionally lost his balance.

Woods couldn't raise one leg 6 inches off the ground.

On his third try of understanding instructions to recite the alphabet, he made it from A to Z.

The next instruction from the officer was to place his hands behind his back as they cuffed him and told him he was being arrested.