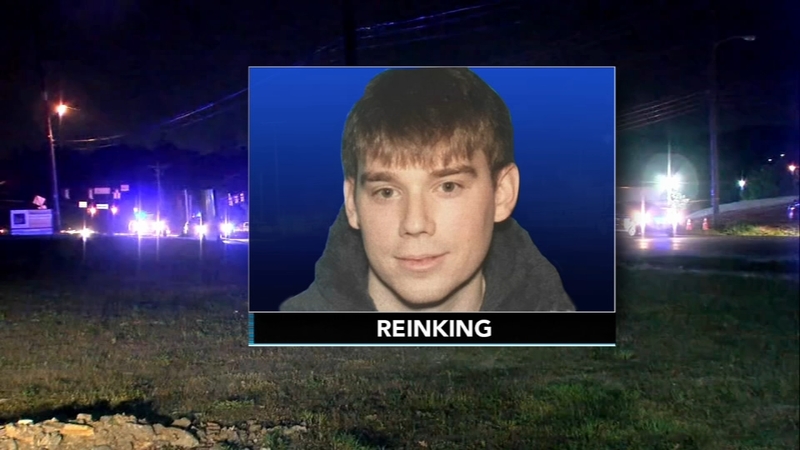 NASHVILLE, Tenn. (WPVI) -- Authorities say the suspect in a deadly shooting at a restaurant in Nashville was arrested last year by the U.S. Secret Service for being in a restricted area near the White House.

Metro Nashville Police Department spokesman Don Aaron said 29-year-old Travis Reinking's firearms authorization was then revoked at the request of the FBI, and four weapons were seized, including the AR15 that he allegedly used in the shooting at the Waffle House restaurant early Sunday. Four people were killed.

Aaron says the four guns were returned to the suspect's father, who acknowledged giving them back to his son.

Police have the AR15 and another gun found during a search earlier Sunday. But two other guns are unaccounted for. Aaron says Reinking is still at large following the 3:25 a.m. shooting and could possibly be armed with the two guns.
------