77 years after US soldiers in WWII stole birthday cake, Army 'returns' it to Italian woman, now 90

Meri Mion, who turns 90 on Friday, wiped away tears as she was presented with the cake during a ceremony in Vicenza.
AP 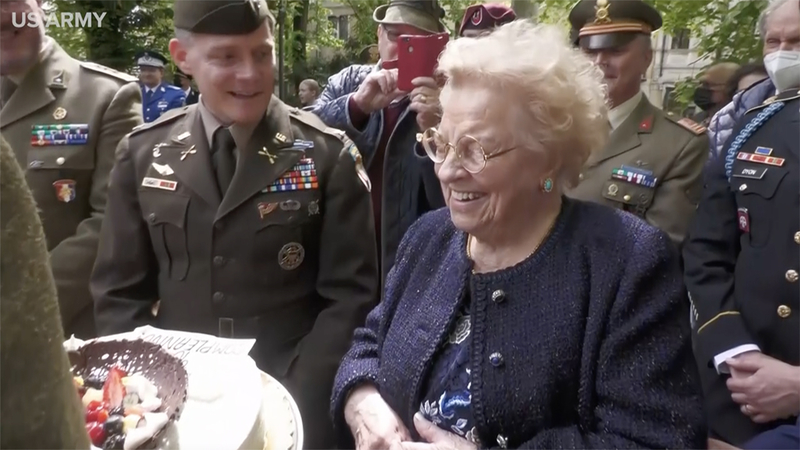 ROME -- With a round of "Happy Birthday" in Italian and English, the U.S. Army toasted an Italian woman with a birthday cake Thursday to replace the one that U.S. soldiers ate as they entered her hometown during one of the final battles of World War II.

Meri Mion, who turns 90 on Friday, wiped away tears as she was presented with the cake during a ceremony in Vicenza, northwest of Venice. The event marked the anniversary of the day the 88th Infantry Division fought its way into the city on April 28, 1945.

According to the U.S. Army, Mion spent that night with her mother hiding in the attic of their farm in the nearby village of San Pietro in G. Retreating German soldiers had fired on the house, but when Mion awoke on the morning of her 13th birthday, American soldiers were nearby.

In a statement, the U.S. Army Garrison Italy said Mion's mother baked her a birthday cake and left it on the windowsill to cool. But it disappeared - apparently nicked by hungry American soldiers who had already been feted by grateful Italians with wine and bread as they entered Vicenza along its main thoroughfare.