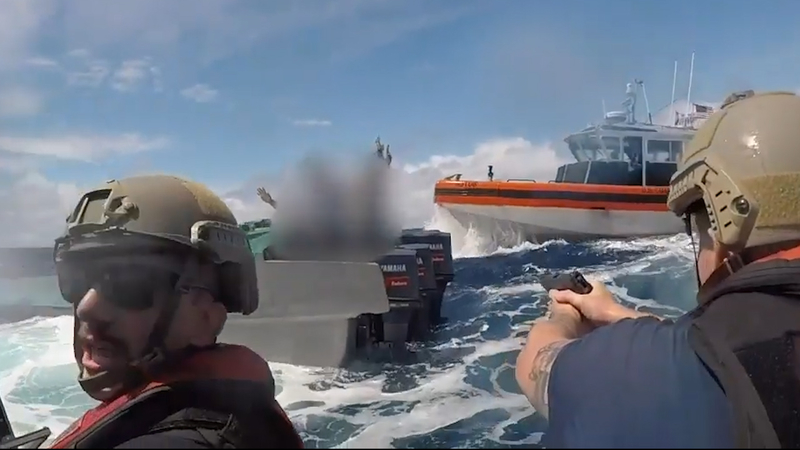 This cutter just wrapped up a successful narcotics deployment disrupting the illicit maritime trafficking of cocaine from South America, Central America and Mexico to stop the flow of illegal drugs into the United States.

During the deployment, the larger team seized more than 18,000 pounds of suspected cocaine, worth an estimated value of $312 million.

The U.S. Coast Guard said on their Facebook page that the contraband was seized from seven separate incidents of drug trafficking by five Coast Guard cutters operating in international waters from mid-October through early December.

The body cam video above shows when the Bertholf intercepted a semi-submersible vessel while on patrol in the eastern Pacific Ocean on November 4.

U.S. authorities said purpose-built vessels like the one they intercepted are designed to smuggle large amounts of contraband while evading detection by law enforcement personnel due to their camouflage and low profile.

The U.S. Department of Defense media service said the Bertholf seized more than 3,100 pounds of suspected cocaine from this smuggling vessel.

Newly released video shows the harrowing moment a Coast Guardsman hopped onto a moving submarine believed to be loaded with illegal drugs in the Eastern Pacific.