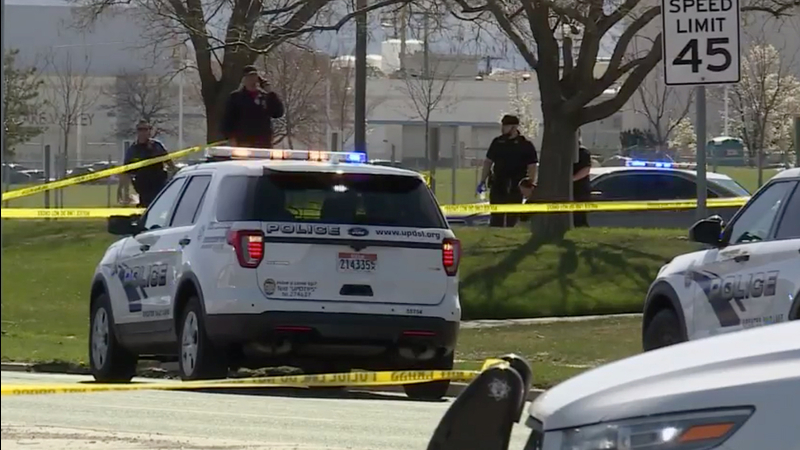 1 dead, 2 deputies shot in an altercation outside of Utah jail

SALT LAKE CITY -- Two sheriff's deputies were shot and an individual involved in an altercation with the deputies was killed outside the Salt Lake County Metro Jail in Utah on Saturday.

The individual, whose name has not been released, was shot and killed, Salt Lake County Sheriff Rosie Rivera said during a press briefing. Both deputies have been taken to the hospital for treatment.

The deputies were part of a campus security team at the jail when an altercation began in a grassy area by the parking lot around 10:30 a.m., Rivera told reporters.

Rivera said it was unclear what led to the altercation. An officer-involved critical incident team has been called to investigate the shooting, she said.

"These types of incidents are really devastating for the department. And we hope and we pray that our deputies will be OK," Rivera said.

"The environment for law enforcement right now is extremely dangerous and we know that," she added.

The jail complex in the city of South Salt Lake includes the headquarters of the sheriff's office. The jail is on lockdown following standard protocol and roads in the area will be closed "for a significant time" for the investigation, Rivera said.

"It's devastating when anybody in law enforcement is in a situation like this," she said. "For our sheriff's office deputies and our employees, it's something you don't really expect would occur on a Saturday morning."

Utah Sen. Mitt Romney responded to the shooting on Twitter Saturday, saying, "Ann's and my hearts are heavy with reports of two Salt Lake County deputies shot and hospitalized. We join them and their families in prayer and hope."