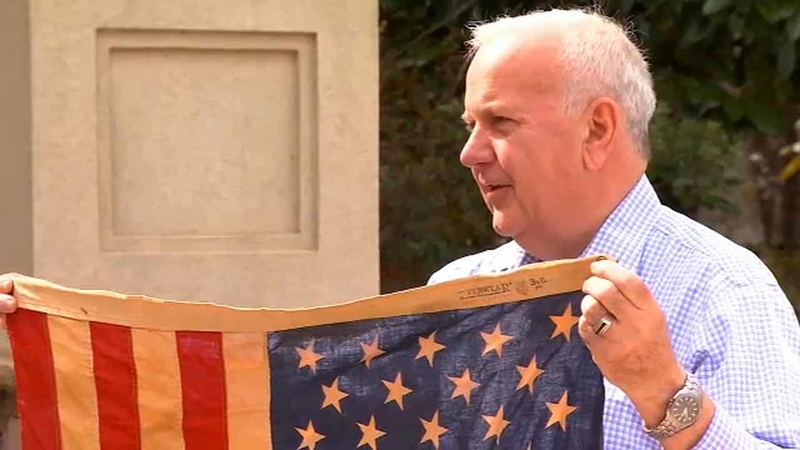 Veteran wins fight with HOA to put up American flag

VIRGINIA (WPVI) -- A veteran is finally able to honor the Marines he fought beside in Vietnam.

WRIC-TV reports, the Virginia man has been fighting his homeowners association for twenty years now, all to put up an American flag on his own property.

Richard Oulton was told to take down his flagpole back in 1999 after the neighborhood told him his flag was a visual nuisance.

The two parties went to court, and the veteran lost.

He removed the stars and stripes in 2003, but never stopped fighting.

After two appeals and approval from each neighbor, the veterans convinced the homeowners association to let Old Glory fly.

To mark the moment, Oulton will use the flag from his military bunker as a tribute to the 749 brothers he lost in Vietnam -- the highest casualty rate for a single battalion in Marine Corps history.

"It's one memory I've kept. It's very important to me. It's kind of a tattered now but...lot of memories," Oulton said.

"Our men and women in uniform oftentimes risk their life or even sacrifice their life for freedom and I think the least we can do is get a flag pole up so he can remember his brothers," said McGuire.