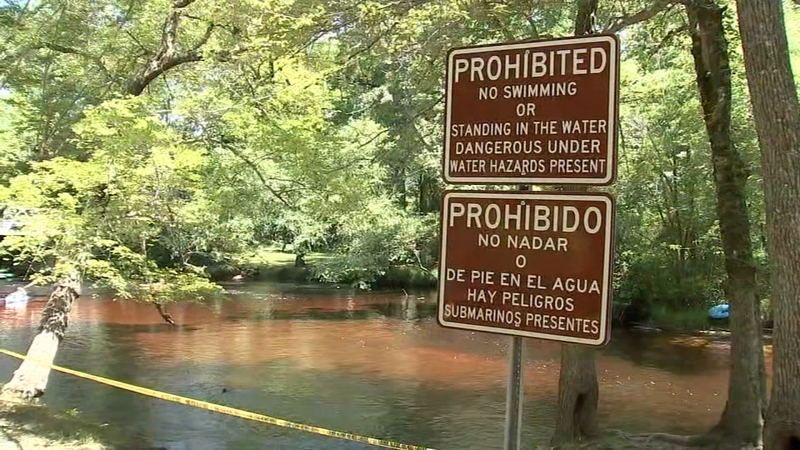 It happened at Weymouth Furnace park in Mays Landing, Hamilton Township around 2:30 p.m.

Divers pulled Alvarado from the water, however, he was pronounced dead at the scene.

A second man was also pulled from the water earlier. He was taken to the hospital in stable condition.

Atlantic County's website says, "This park is visited frequently, because of the ruins that still remain, and because it is a popular starting point for canoeing on the Great Egg Harbor River."

Officials say swimming is prohibited in all county parks and signage is posted in English and Spanish to alert visitors.

There is a sign at Weymouth Furnace that reads, "Prohibited. No swimming or standing in the water."

The park reopened to the public on Tuesday.