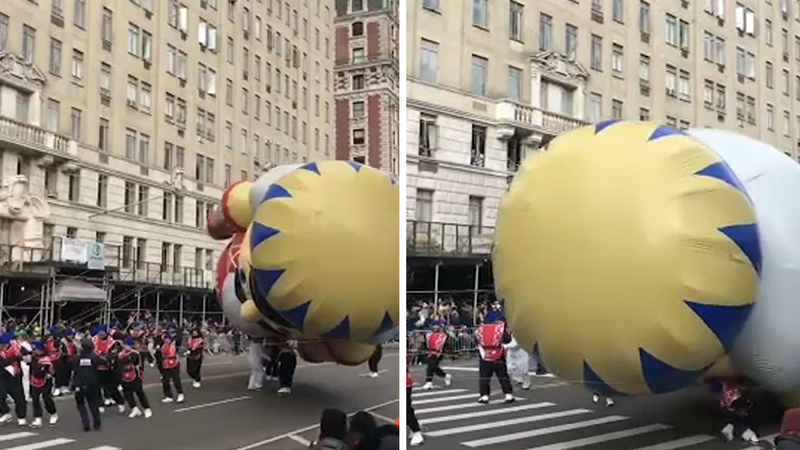 Nutcracker balloon knocks marcher to the ground during Macy's Parade

NEW YORK -- A nutcracker balloon was less than graceful as it whipped in the wind and knocked a marcher down during the Macy's Thanksgiving Day Parade.

Video shows the balloon starting to tip over during Thursday morning's parade as handlers worked to pull it upright.

A marcher in the parade ran toward the giant balloon help, but instead collided and was knocked on her back.

Wind had threatened to ground the giant inflated characters during the iconic parade, but officials announced less than an hour beforehand that the balloons could fly.

However, as the parade progressed, wind conditions did appear to be impacting some of the larger balloons, including the The Power Rangers Mighty Morphin Red Ranger and SpongeBob SquarePants.

One balloon didn't even make it to the end of the parade route.

Ronald McDonald sustained a tear in his left leg, attributable to the heavy winds, near the start of the parade. The leg gradually deflated, and the decision was made to pull the balloon off the route at 42nd Street.