'I can't breathe': Video released of inmate's death while in custody 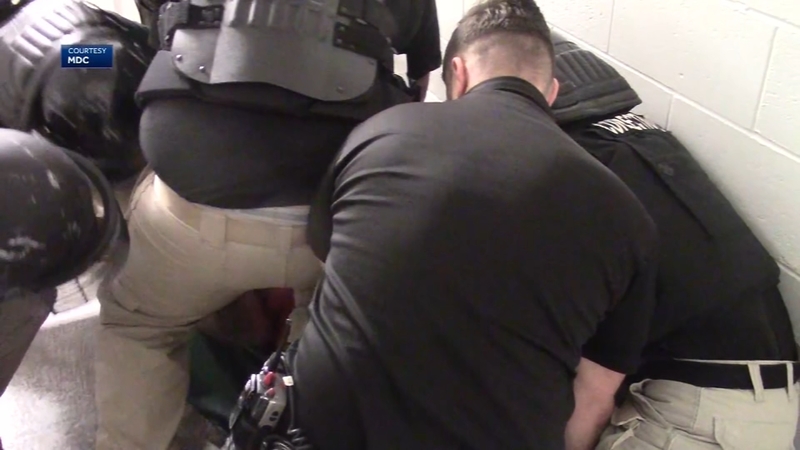 NEW MEXICO -- The family of an inmate in New Mexico who died in custody in February is demanding answers about what happened, according to KOAT.

The surveillance video shows several officers piling on top of the man as he yells repeatedly "I can't breathe."

Five officers escort Vicente Villela down the halls at the Metropolitan Detention Center in February.

When they turn a corner, Villela gets apprehensive about someone he sees.

The guards force him on a mattress in the cell so they can take off his shackles.

Villela gets spooked and starts flailing.

You can hear an officer try to calm him down.

He doesn't -- and that's when things escalate.

Then Villela says they're suffocating him.

You can see one of the officers kneeing him in the side.

The family's attorney says he will be filing a wrongful death lawsuit.

"The officers just continued to pile on top of him, knee him in the back, and compress his chest this is a wrongful death," said Matthew Vance, a defense attorney representing the Villela's family.

He says Villela does have a criminal past with several drug-related charges.

But he says the family is still demanding justice.