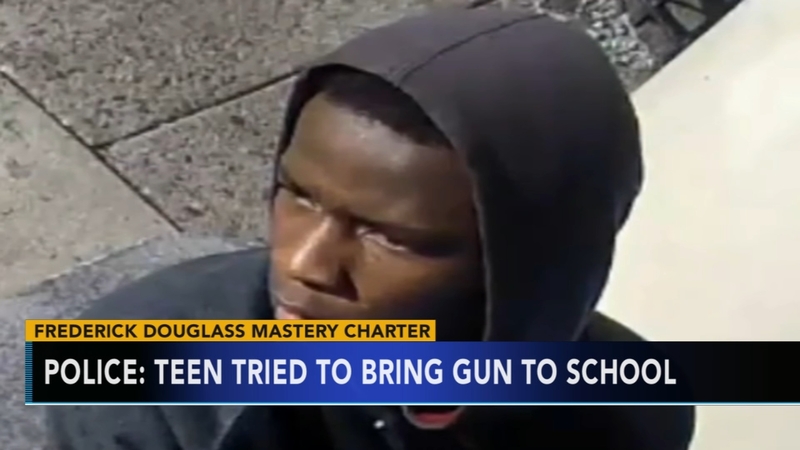 PHILADELPHIA (WPVI) -- Police are looking for a teenager caught on camera trying to bring a gun into a Philadelphia school.

Newly released surveillance video shows the teen approaching the entrance of the Frederick Douglass Mastery Charter School in the 2100 block of West Norris Street in North Philadelphia on Thursday afternoon.

The video shows the suspect pulling a handgun from his waistband then placing the weapon in his jacket pocket before he tries to get inside the building.

Fortunately, police say, the doors were locked, and he gave up.

Investigators have released the following description of the suspect:

If you recognize him you are asked to contact Det. Anderson or Det. Livewell at the Philadelphia Police Central Detective Division: 215-686-3047/3048.