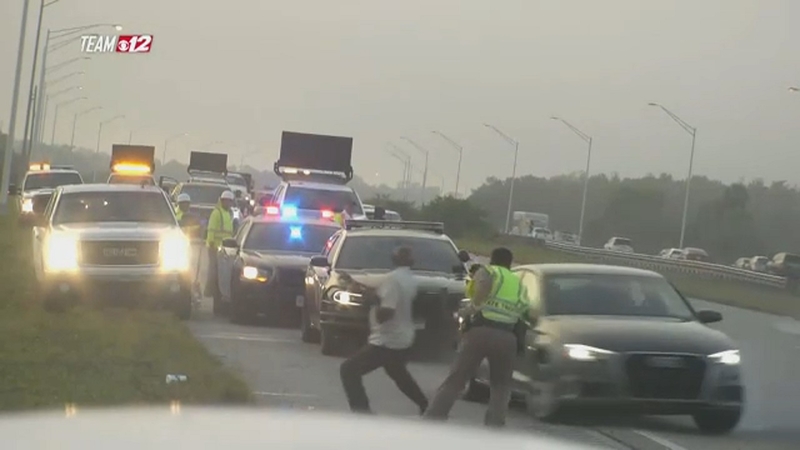 Trooper tossed into the air by spinning, out-of-control car

HOBE SOUND, Fla. -- A Florida Highway Patrol trooper is recovering after he was hit by a car while pushing another man out of its way along Interstate 95 near West Palm Beach.

Rony Bottex says he "would be gone" if it wasn't for Trooper Mithil Patel's actions Monday morning. The trooper was investigating a crash involving Bottex's car when the aftermath covered by WPEC. The TV crew captured a second crash that caused a driver to lose control. Patel pushed Bottex to safety before being tossed airborne by the spinning car.

Bottex survived with just an injured knee and says Patel saved his life.

The station reported Patel was in good condition at a hospital.