VILLANOVA, pa. (WPVI) -- She is now famous for the tears she shed the night Villanova's men's basketball team lost.

On Monday, Roxanne Chalifoux told Action News what she was thinking exactly at that moment she captured empathy and pity across the country.

"When I look up at the very beginning I actually see myself on the jumbotron and my dad was at the game since I'm originally from Pittsburgh and I was just embarrassed because I didn't want him to know I was crying," Chalifoux said.

Immediately, she became an internet sensation.

A piccolo, to settle the debate.

"I would've been fine if people called it a flute. They are the same instrument, just one is an octave higher," Chalifoux said.

The response has been positive even from the team that took the Wildcat's chances to move ahead in the Big Dance.

"N.C. State fans were even tweeting me saying like 'sorry about that, it was so sad to see,'" Chalifoux said.

And the memes kept coming. 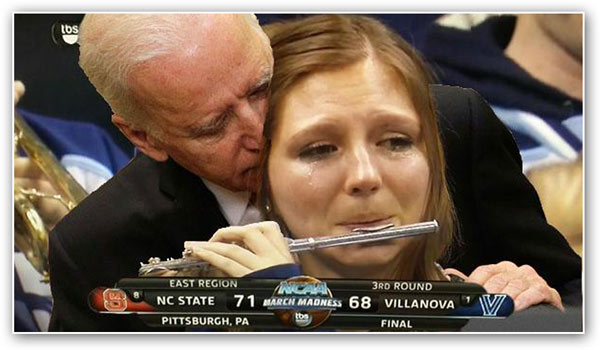 "So the memes that came along with it - John Travolta, Joe Biden, the Whiplash teacher, that one's my favorite," Chalifoux said. 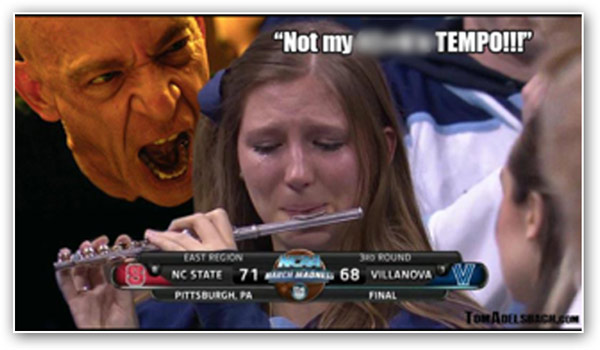 On campus, she's getting recognized.

Members of the girls' basketball team took selfies with her today.

"I was like, 'oh my God, are you the flute girl? The picture went viral," senior Kendall Burton said.

Chalifoux has played the piccolo since her freshman year in the band, but this year was her only chance to play in the tournament.

The senior biology major had too much homework when the team advanced the last time.

For now, she's taking all this attention in stride.

"It's embarrassing to cry on national TV, but at the same time, it happened, it's out there, if I don't have a sense of humor about it, I'm just going to torture myself," Chalifoux said.
Related topics:
sportsncaacollege basketballvillanovacollege
Copyright © 2021 WPVI-TV. All Rights Reserved.
More Videos
From CNN Newsource affiliates
TOP STORIES