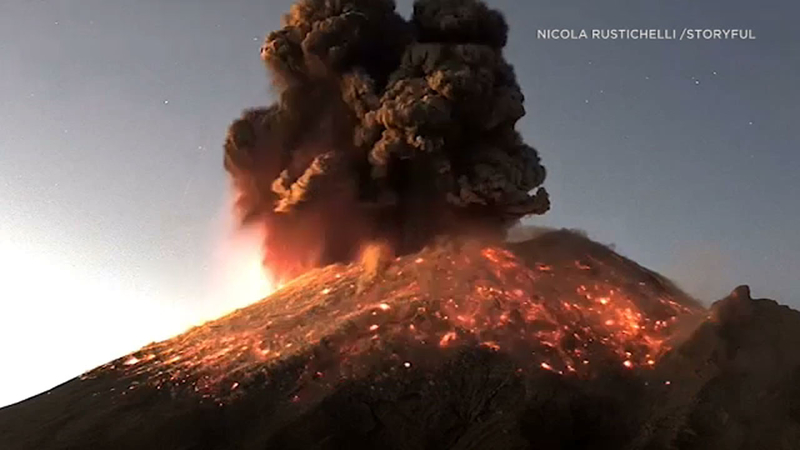 MEXICO CITY -- Mexico's National Civil Protection Coordination issued a yellow alert for the area around San Nicolás de los Ranchos after there were reports of exhalations, tremors, and explosions at the Popocatepetl Volcano Thursday morning.

A video posted to Twitter by Webcams de México shows an explosion of ash, luminous debris, and smoke, just after 6.30 a.m.

The blast early sent a column of ash two miles into the sky near the nation's capital and authorities urged people to stay away from the base of the volcano.

The 17,797-foot volcano has been particularly active in recent months, several times spewing out sprays of hot rock and towering clouds of ash

Some 25 million people live within about 60 miles of the mountain's crater.