How to spot voter intimidation and what to do about it

Learn the voting process so you're not influenced by rhetoric, experts advise.
WPVI
By Briana Stewart and Abby Cruz, ABC News 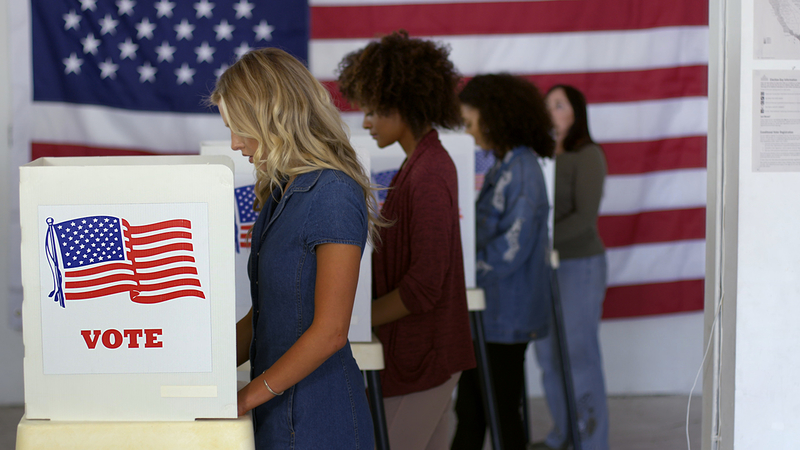 What are my voter rights on Election Day?

With the presidential election just days away, record voter turnout is being met with the specter of voter intimidation, leaving some Americans with fears of confrontation at the polls from now until Nov. 3.

Civil rights advocates, election experts, and government officials have expressed heightened concerns following President Donald Trump's recent call for his supporters to "go into the polls and watch" for possible voting fraud, as well as his reelection campaign's recruitment and training what it has called an "army" of supporters to become poll watchers. And they are working hard to make sure Americans know their rights when they get to the polls and know how to protect them.

"Voter intimidation is against the law, period," Vanita Gupta, CEO of the Leadership Conference on Civil and Human Rights, told ABC News. "In the current political environment, there's a palpable concern about voter intimidation that should not be understated, and there's a genuine need for good-faith poll observers to be on alert for threats to the most fundamental aspect of our democracy: free and fair elections," she said.

ABC News' political director Rick Klein is answering our questions about polling, battleground states and what we can expect to know (and not know) on Election Day.

While experts say the overwhelming majority of voters will not experience intimidation, there are a few factors that make this election cycle stand out: the expiration of the 1981 consent decree that limited the RNC's ability to engage in what it called "ballot security measures" following allegations of voter intimidation, and the rise of far-right armed groups and Trump's reluctance to distance himself from them.

The concern is particularly acute for voters of color, who have historically been targeted by voter intimidation efforts. But experts say that voter intimidation will not be pervasive, despite the environment -- and that there is a good deal that individuals can do to counter it.

"I hope that most voters in most places won't encounter anything like this. They will go to the polls, they will have the experience that every American is entitled to have, which is a peaceful chance to cast a constitutionally protected vote," said Joshua Geltzer, executive director of the Institute of Constitutional Advocacy and Protection at Georgetown University. "But there's reason to ensure that those who might not have that experience know what to do this cycle, because this cycle is at least raising the possibility that it won't unfold that way for every American."

Here's what to know about potential voter intimidation efforts this election cycle, what states and other authorities are doing to counter them, and what you can do.

For the first time, the Institute of Constitutional Advocacy and Protection at Georgetown University is partnering with the Lawyers' Committee for Civil Rights Under Law, the lead civil rights advocacy group that runs the Voter Protection Hotline, to respond to calls from voters who report seeing armed groups patrolling around polling locations.

Kristen Clarke, President and Executive Director of the Lawyers' Committee for Civil Rights Under Law, told ABC News that the Committee has, through its hotline, seen a rise in complaints of voter intimidation, including reports of militia activity.

"And while of course there are legitimate poll watchers authorized by law in various states, that is a far cry from encouraging just anyone to show up and cause problems at the polls, which is what the president seems to be doing," he added.

Geltzer told ABC News that the orientation of these armed groups, which he said are often white supremacist in nature, leaves communities of color vulnerable to intimidation.

Despite the heightened chatter about possible intimidation, Clarke says she doesn't believe "there is a systemic national voter intimidation campaign underway."

Still, she said she believes it's important to call out any concerns. "We want to ensure that voters feel free to cast their ballots, but when an incident of intimidation arises, we believe it's important that people report it to election officials, report it to our nonpartisan hotline, and report it to local law enforcement if they feel threatened," she said, adding that voters need not be worried but should remain on alert.

What should voters do?

Asked what constitutes voter intimidation, Geltzer told ABC News that "the answer is a pretty wide array of activity that is impermissible, so certainly violent behavior in or near a polling site."

SEE ALSO: How voting-rights advocates are working to stave off voter intimidation

"Confronting voters, especially doing so in military-style uniforms, brandishing firearms to intimidate voters from approaching a polling station or casting a vote, verbally threatening violence, all of this is the type of conduct that would constitute voter intimidation," he said.

The ability for licensed gun owners to carry a firearm at a polling place varies around the country. Roughly a dozen states, including Georgia, California, Arizona, and Florida explicitly ban concealed or open-carry guns at a polling place. In light of the increased concerns, some state officials have taken precautionary measures, including Michigan Secretary of State Jocelyn Benson, whose office now faces a civil lawsuit after banning open-carry firearms at polling sites -- a measure she said would "protect our voters from intimidation, threats, and harassment."

"All states have a rule about how close you can get to the polling place if you are not a voter. So if you're there protesting or supporting your candidate, you have to stay, in many circumstances, 50 to 75 feet away from the door of the polling place, so that people can go in and out of the place without feeling obstructed."

What poll watchers are and aren't

Though statutes vary from state to state, certified poll watchers are generally appointed by political parties, or candidates on the ballot to oversee the voting process and report any issues to election officials or party officials.

While poll watchers can closely monitor voting, they can't campaign inside a precinct, or interfere with the voting process beyond reporting an issue, according to the National Conference of State Legislatures.

Even with the right certifications, the ACLU stresses that poll watchers cannot "aggressively ask voters about their citizenship, criminal record, or other qualifications in a manner that interferes with a person's voter rights."

"If somebody were to ask that kind of a question of you, you can just sign [a sworn statement] to affirm the truth of who you are and your eligibility. So there's a mechanism that will allow you to vote, even if somebody is asking questions," Brannon said.

Brannon advised that people should educate themselves about the voting process and know the federal and state laws so that they're well-informed and not influenced by rhetoric.

Experts say they expect a mostly peaceful election day, but in case you feel threatened, or encounter violence, call 911 immediately. Law enforcement and local authorities should be able to help you address any immediate threat or attempts of voter suppression you might face while trying to cast your vote.

If it's "something short of the fear of imminent violence," Geltzer says, then he advises telling a poll worker or an election official if you feel you're experiencing any coercion or voter suppression.

"It may be worth documenting it because campaigns themselves, or others who assess after the fact, will want to know whether voting unfolded fairly," Geltzer noted, adding that you can also contact the Election Protection Hotline by dialing 1-866-OUR-VOTE.

Brannon says she wants Americans to feel confident knowing that attempts to intimidate voters are "not as easy to do as some of the rhetoric might suggest."

"It's very important that everybody votes in the election and we hope people know and feel comfortable knowing that even if there are protests or people at a polling place who are supporting their candidate and being loud, that there are rules about what they can and cannot do so that people casting their ballot can have some level of protection in that environment," Brannon said.
Report a correction or typo
Related topics:
politicsvotingelection day2020 presidential electionu.s. & worldpoll
Copyright © 2021 WPVI-TV. All Rights Reserved.
ELECTION DAY 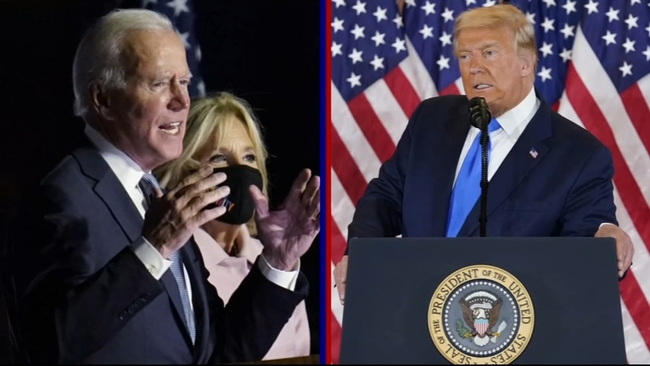 Election 2020: Find all of your local voting results

When will we know the winner of the presidential election? 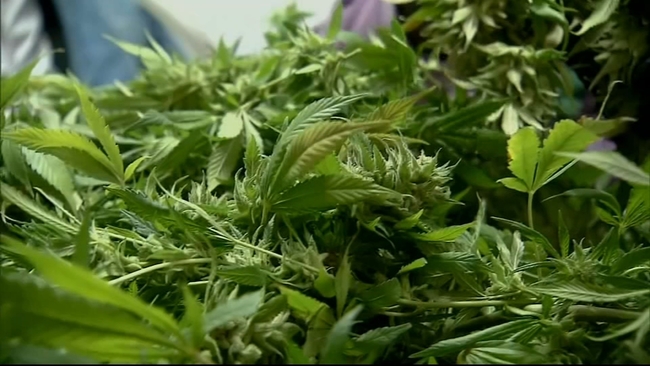