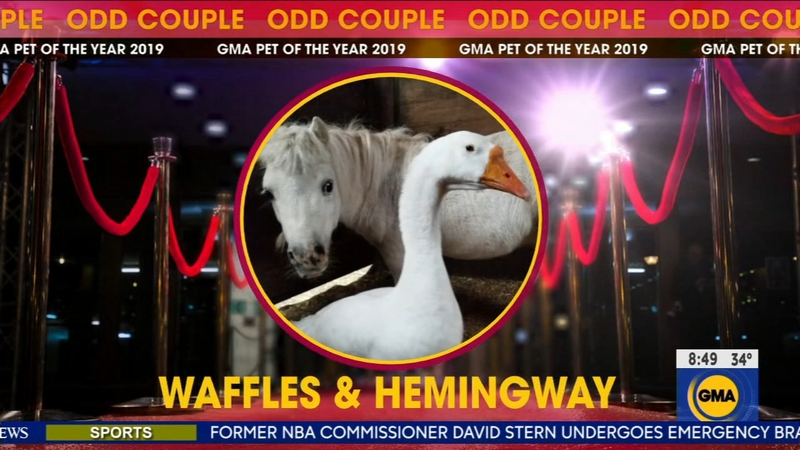 Waffles the horse and Hemingway the goose are true winners.

First, they won over the Delaware Valley and the country with their friendship earlier this year.

Now, the pair won the Odd Couple Award during "Good Morning America's Pet of the Year Awards" on Friday.

The two couldn't make it to Times Square to accept the award, but they did speak to Michael Strahan and Lara Spencer via satellite from Montgomery County (well, their humans Maddie and Nick spoke).

Nick said the pets were excited to be on "GMA."

Both animals were rescued from the same farm. That's perhaps what bonded the pair and why they seem to have each other's backs.

Nick, on behalf of Waffles, then gave an acceptance speech.

"Waffles would say thank you to all the people in the world who open their hearts and rescue animals," Nick said.