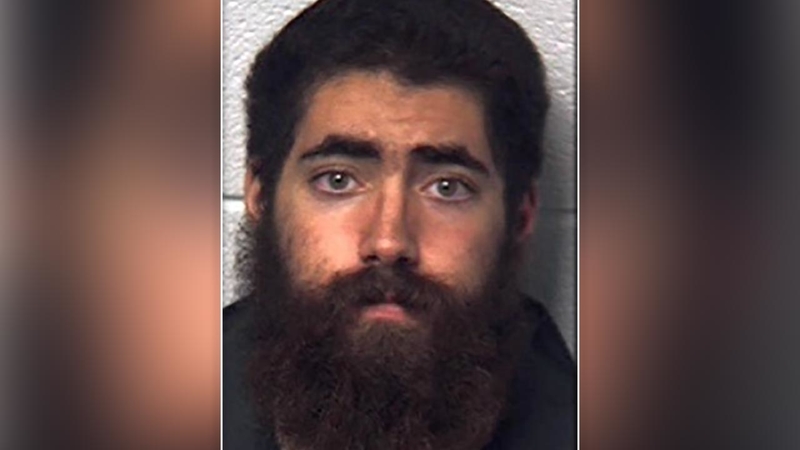 LOWER MACUNGIE, Pa. (WPVI) -- Authorities have identified the man who was killed in a police-involved shooting outside a Walmart store in Lehigh County.

Aaron Ibrahem, 26, of Mertztown, Berks County was shot and killed by a police officer in the parking lot of the Walmart located on Mill Creek Road in Lower Macungie around 9 p.m. Wednesday.

An autopsy performed Friday attributed the cause of death to multiple gunshot wounds.

D'Ambrosio described the mask like that of Michael Myers from the 'Halloween' films, but more realistic and lifelike.

Police say Ibrahem walked around the store for around 15 minutes loading up items in a cart.

That's when police say a loss prevention officer spotted the man and noticed he resembled another suspect in a recent Walmart theft in Schuylkill County earlier in the month.

In that theft, the officer confronted the suspect who pulled out a gun and then fled the store.

As the loss prevention officer continued to follow Ibrahem, he contacted state police.

According to D'Ambrosio, Pennsylvania State Police Fogelsville Barracks received the call and a trooper arrived at the store two minutes later.

The trooper entered the Walmart and began searching for the loss prevention officer. He instead found Ibrahem with the shopping cart.

D'Ambrosio said Ibrahem saw the trooper and left his full cart in the aisle. He then attempted to leave the Walmart.

The trooper followed Ibrahem and told him to stop. D'Ambrosio said Ibrahem then took off out of the store and into the parking lot with the trooper right behind.

In the parking lot, numerous witnesses saw the suspect being chased, police said.

D'Ambrosio said Ibrahem pulled out a handgun from his waistband as he continued running away with his back to the trooper.

The trooper, police said, continued to yell at Ibrahem to stop.

As he made it to his van, Ibrahem fired a shot at the trooper, D'Ambrosio said.

Ibrahem then got in the vehicle and pointed the gun at the trooper.

Ibrahem was pronounced dead at the scene.

Two more troopers arrived on the scene as the shots were being fired.

Police say Ibrahem has had prior arrests.

His .40 caliber Glock pistol was located on his lap, police said.

The trooper was not hurt and no other injuries were reported.

D'Ambrosio said the trooper is a 4-year veteran of the force and recently transferred to the barracks from Hazelton. This was his first week with the troop.

The trooper involved in the shooting has been placed on administrative duty as routine in these instances, police said.