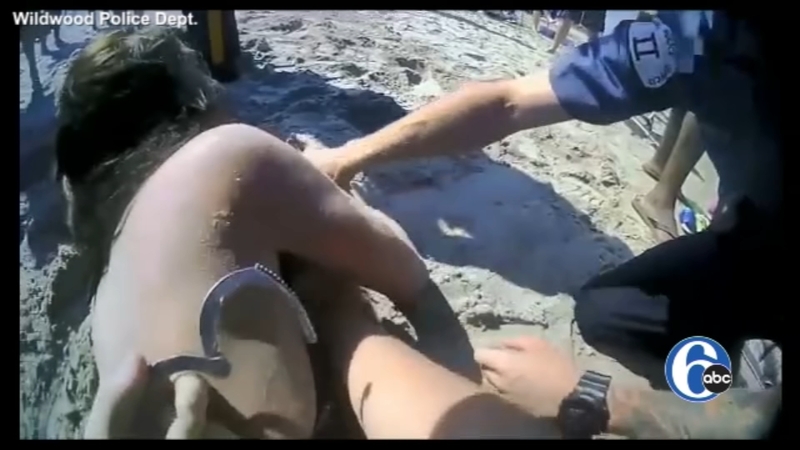 WILDWOOD, N.J. (WPVI) -- Wildwood police have released body camera video of a confrontation between officers and a 20-year-old woman on the beach this past Saturday afternoon whom authorities accused of underage drinking. 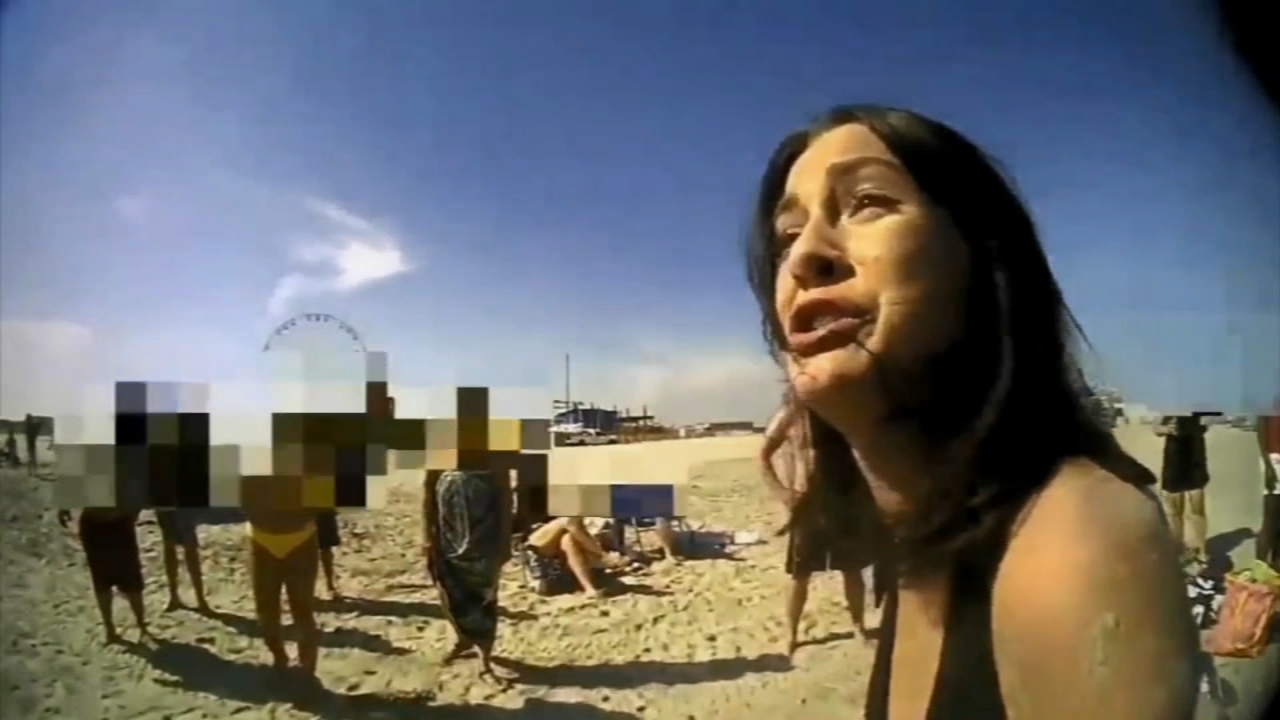 Attorney: Wildwood officers arresting client was 'overreaction'
The attorney for the 20-year-old Philadelphia woman who was accused of underage drinking and arrested on a Wildwood beach is speaking out.

A video taken by a bystander, which showed one officer punch the woman, went viral earlier in the week.

Wildwood police said the delay in releasing the bodycam video was due to hiding the identities of others on the beach not involved in the incident.

Now that it's been released, the video is offering another view of the viral incident from Memorial Day Weekend.

The bodycam video shows 20-year-old Emily Weinman of Kensington getting breathalyzed by a Wildwood police officer, after having been approached for suspicion of underage drinking.

During the struggle, police say the camera resumes recording.

The officers involved in the incident have been identified as Ptlm. Thomas Cannon, Ptlm. John Hillman, and Ptlm. Robert Jordan.

In a statement released by Wildwood police, they said: "This matter is still under investigation, however, in an effort to insure transparency with the public we serve, it was imperative that this video be released as soon as feasibly possible. Upon the conclusion of the investigation in the coming days, and only after final review by the Cape May County Prosecutors Office, the Wildwood Police Department will release the findings and outcome of the investigation."