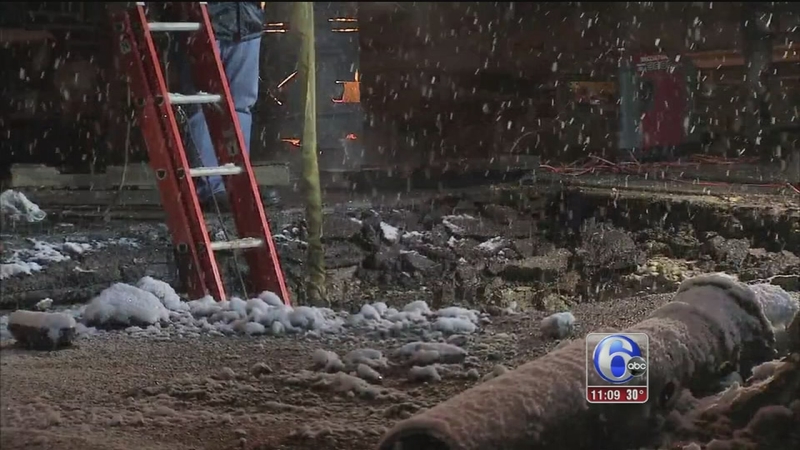 NORTHEAST PHILADELPHIA (WPVI) -- Throughout the night, crews were digging up the roadway, trying to fully expose the 8-inch main that ruptured earlier Thursday. It sent thousands of gallons of water gushing through the street, and into people's basements.

Residents say it all began with a loud bang.

"Like a popping sound and the water starting come out from under the plate," said Karen Vollmer, resident.

A steel plate that was placed in the middle of the street by the water department after a sink hole incident back in May of last year.

"And they said, 'We'll be out in the next week, someone's gonna come out, but no one ever came out since that," said Ed Vollmer, resident.

And then water began rushing from the plate.

"The fire company came in and shut the gas off. And I guess the freezer, and they said probably your water heater and your washer and dryer could be destroyed," said Ed Vollmer.

Another resident says his 82-year-old mother also has water in her home.

"About 3 feet of water in the basement, everything is floating," said Carlo Roccamo of Northeast Philadelphia.

Residents suspect this catastrophe could have been avoided if the matter had been addressed back in May.

"This should have been prevented, they're dragging their feet, I don't know why," said Cortez.