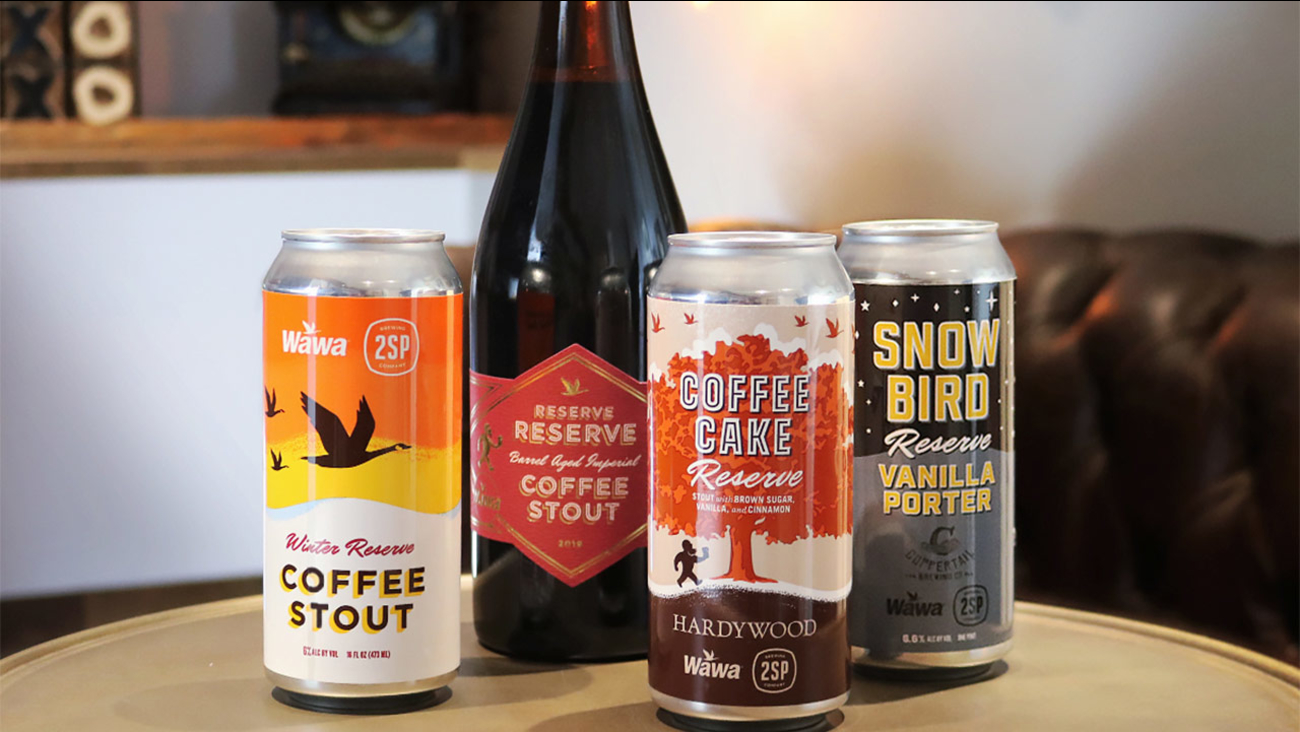 PHILADELPHIA (WPVI) -- Wawa is brewing up something special for the holiday season.

Wawa is bringing back its Winter Reserve Stout, as well as creating some new additions to their beer lineup: Reserve Reserve, Coffee Cake Reserve Stout, and Snowbird Reserve Vanilla Porter.

In a statement, Wawa announced where these beers will be available:

"The Winter Reserve and Reserve Reserve will be made available for purchase at two Wawa locations, Chadds Ford and the soon to be opened Middletown Township, with a restricted quantity count per customer, based on first-come, first-serve basis. The two beers will also be available at select beer retailers in Southeastern Pennsylvania, New Jersey, and Delaware. The Coffee Cake Reserve will be released at Hardywood Park Craft Brewery and will be sold at Wawa stores across the Richmond metro area while supplies last. And finally, Snowbird Reserve will be made available in February and is for Wawa stores in Florida."

The beer will launch with a multi-state "Brew Tour" that will kick off Friday, December 6 at the Wawa store at 721 Naamans Creek Road in Chadds Ford.
The tour then moves onto 2SP Brewing Company at 120 Concord Road in Aston on Saturday, December 7 at 11 a.m.

The "Brew Tour" stops at the grand opening of the Wawa location at 1073 Baltimore Pike in Middletown Township, Delaware County at 10 a.m. on Thursday, December 12.

The final stops of the tour are Friday, December 13 and Thursday, February 20 at Wawa stores in Richmond, Virginia and Tampa, Florida, respectively.

Those attending the events will get complimentary samples of the specialty brews, while supplies last. The first 100 customers at each event will receive a "Brew Tour" t-shirt.


- An English Style Imperial Oatmeal Stout aged in Weller Bourbon Barrels for 9 months. This big stout is silky smooth with a lot of influence from the bourbon barrel and the addition of Wawa Winter Reserve Coffee. Expect robust flavors of vanilla, chocolate, and bourbon, all balanced out by Wawa's exclusive blend of reserve coffee. ABV 10%


- Brewed for our Florida friends who enjoy a sweet cup of Cuban Coffee, Snowbird Reserve is a robust porter with sweetness derived from malted barley, intensified by Wawa Winter Reserve Coffee and balanced by a hint of vanilla. ABV 6%