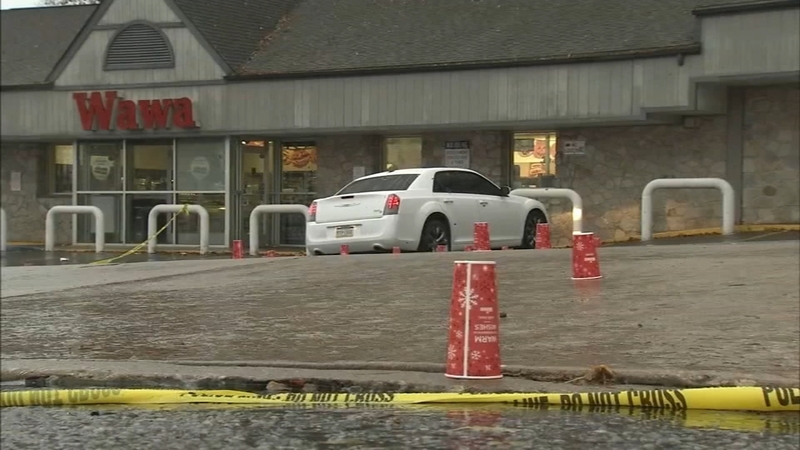 PHILADELPHIA (WPVI) -- A man was shot at dozens of times in the parking lot of a Wawa store Sunday morning, police said,

Witnesses said a man was getting ready to go into the store when someone drove by in a dark-colored Honda with tinted windows and began firing.

Police said the 41-year-old man was shot one time in the back and one time in the left calf. He was taken to Temple University Hospital by police where he is listed in stable condition.

Police said there were roughly 30 shell casings found in the parking lot.

Police continue to interview witnesses and investigate the scene.