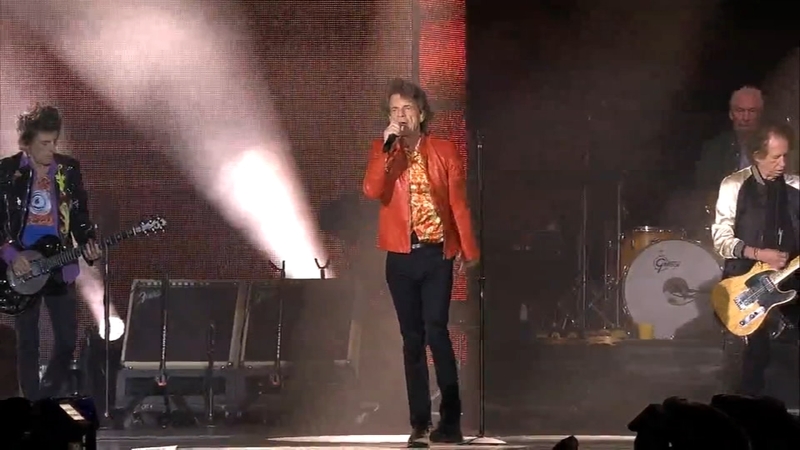 PHILADELPHIA (WPVI) -- Thousands of music fans got some satisfaction and crowded into Lincoln Financial Field Tuesday night to rock to the sounds of a legendary band.

The Rolling Stones came to town as part of a make-up concert that was canceled back in June when Mick Jagger underwent heart surgery.

Tuesday night he seemed to be doing just fine.

Some fans were worried this could be their last time in Philly.

"I am so scared he's going to be gone, so this means everything to me," said Michael Roan.

"I wanted to see the Rolling Stones before they died," said Chris Maher.