Due to blizzard, flights at Philadelphia Int'l Airport canceled for Saturday 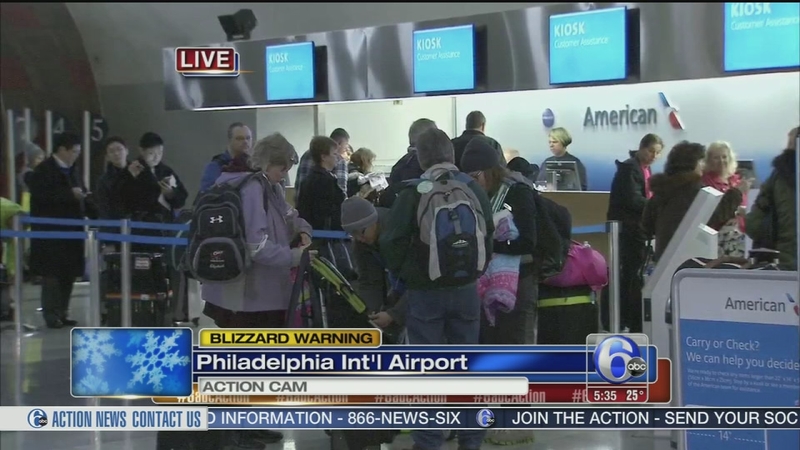 PHILADELPHIA (WPVI) -- Airlines have canceled all flights from Philadelphia International Airport for Saturday as a major storm is expected to bring blizzard conditions.

All flights have been canceled @PHLAirport on Saturday, January 23.

Airport spokeswoman Diane Gerace says airlines are being proactive ahead of the expected storm and decided to cancel all flights.

"If you were planning to fly on Saturday, don't come to the airport because your flight has been cancelled," she said.

Gerace says airlines hope to resume flights Sunday, but travelers should check with their carriers to get detailed information.

A blizzard warning is now in effect for a large part of the area, including Philadelphia and its northern suburbs.

Snow is expected to start falling after 7 p.m. Friday and won't slow down until Sunday around 10 a.m.

Gov. Tom Wolf on Thursday declared a state of emergency ahead of the storm, which allows authorities to respond quickly to any problems.

"I was supposed to leave on a 6 o'clock flight, but in case the storm is early I thought I'd get out a little early," said Wendy Harris of San Jose, Calif.

"We work for a big company so a lot of our friends had to leave last night," said Britni Marinelli of Cleveland, Ohio. "They were supposed to leave later today."

The airport has 465 employees and contractors dedicated to snow removal. Crews will be out throughout the duration of the storm.

"They're going to be clearing runways, taxiways, aprons...," said Gerace. "It's a continuous operation for us."

The hope is that conditions will be clear enough for flights to resume Sunday morning.

Meantime, SEPTA announced Friday morning that it will suspend most service starting at 4am Saturday.

And Amtrak said its Northeast Corridor trains would continue to operate though the weekend - but schedules could change depending on conditions.
Related topics:
weatherblizzard of 2016travelphilly newsphiladelphia international airport
Copyright © 2021 WPVI-TV. All Rights Reserved.
RELATED 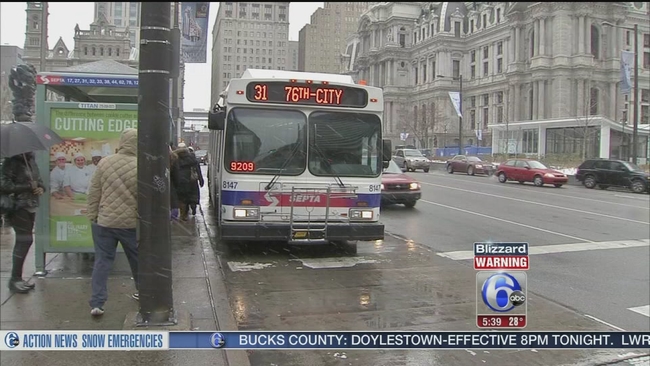 SEPTA to suspend most services for 24 hours when blizzard hits 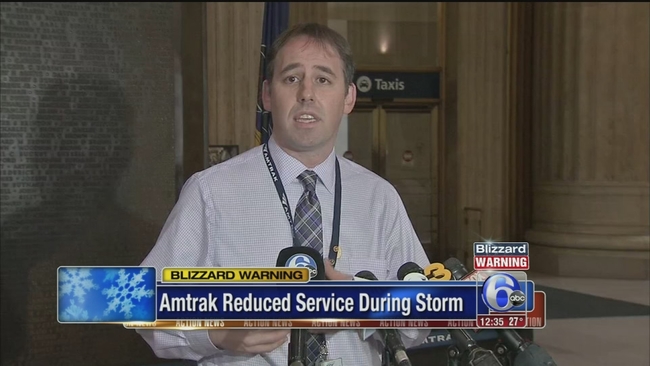