Animal cruelty investigators seek pets left out in the cold 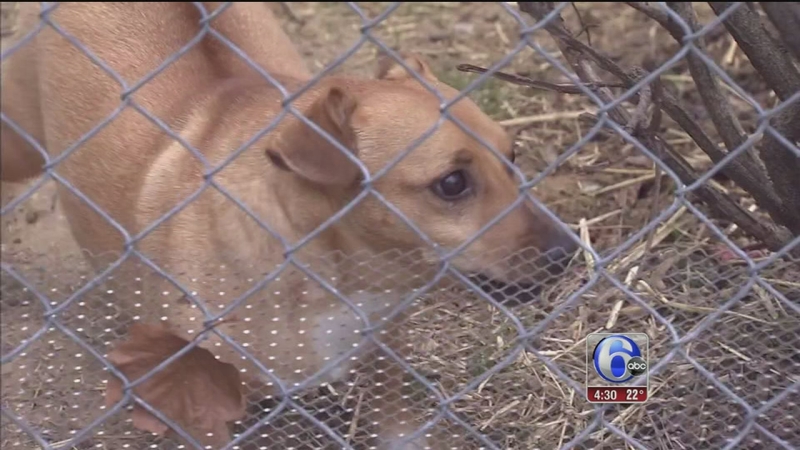 Animal cruelty investigators seek pets left out in the cold

TRENTON, N.J. (WPVI) -- The brutally cold temperatures are a problem not just for people, but pets as well.

That's why animal cruelty investigators are on the streets looking for pets left outside in the freezing temperatures.

In fact, leaving your pet outdoors in subfreezing temperatures is a crime. Helping those animals is the mission of animal cruelty investigator Joe Antonello.

"There's a city ordinance that, even if they have shelter, when it's below 32 degrees they have to be brought indoors," Antonello said.

Leaving pets outside in this weather is a real risk to the animals.

"The big risk is hypothermia, which can lower your core body temperature, cause changes in your heart rate, and can become life-threatening if really severe. We also worry about frostbite," said Dr. Stacey Rebello of Northstar Vets in Robbinsville.

Dr. Rebello says continued exposure to the cold can lead to frostbite on an animal's nose, lips, ears and paws.

She introduced us to some pit bull puppies that were just brought in to the animal shelter after being found freezing in an abandoned building.

You may remember River, a German Shepherd who ran away from home last year and was found frozen to the ground. He received good medical care and survived.

Short trips outside in the bitter cold are okay, and lots of pet owners put jackets and sweaters on their animals when they go outdoors.

"When he's ready to go outside he'll sit by the door. We get ready to go open the door and he knows it's cold? He waits for a sweater," said Sharon Picket-Williams of Chesterfield.

Animal experts say the sweaters can't hurt, particularly for small dogs, but humans need to remember that just because cats and dogs have fur it doesn't protect them from frigid temperatures for long.

"If you get cold, the animal gets cold. Even with the coat on when the temperature drops it gets cold. Bring them in, keep them safe, keep them warm," said animal shelter manager Elaine Thaxton.

Those who leave pets outside in the extreme cold are subject to summonses and fines.
Related topics:
weathercoldnew jersey news
Copyright © 2021 WPVI-TV. All Rights Reserved.
More Videos
From CNN Newsource affiliates
TOP STORIES