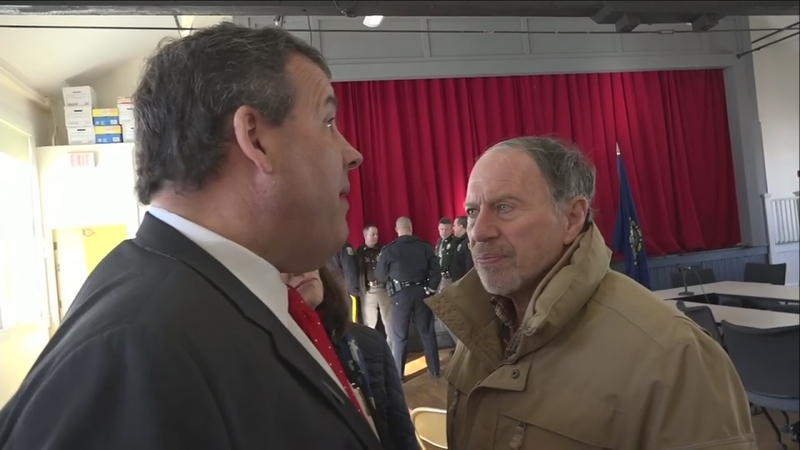 VIDEO: Gov. Christie weighing whether to return to NJ for blizzard

TRENTON, N.J. (WPVI) -- Gov. Chris Christie is returning home Friday from the Republican presidential campaign trail in New Hampshire as a major snowstorm bears down on New Jersey with the potential to drop up to 18 inches of snow with blizzard conditions and coastal flooding.

The decision less than three weeks from the New Hampshire primary positions the governor to field-marshal the state's storm response, a role that helped propel him to political success in New Jersey during past storms.

The governor told reporters in New Hampshire that he spoke with his Cabinet about the storm that has most of New Jersey under a blizzard warning.

Since catching flak for spending the first big snowstorm after he entered office in 2010 at Disney World with his family, Christie has put himself front and center during preparation for summer and winter storms alike, driving home public safety and preparedness messages to frazzled residents.

During Hurricane Irene a year later, Christie told people to "get the hell off the beach."

Superstorm Sandy struck in 2012 and Christie stood shoulder to shoulder with President Barack Obama, touring the seaside devastation and browbeating Republican lawmakers for dragging their feet on approving aid for the shore. His approval ratings soared, and he won re-election a year later with 60 percent of the vote.

In October, he returned from the campaign trail when it appeared that Hurricane Joaquin was going to slam into the state.

Christie spent the majority of 2015 out of the state campaigning, leaving Lt. Gov. Kim Guadagno as acting governor. He has repeatedly defended his absence saying that he talks to his Cabinet regularly and uses technology to keep up with government.