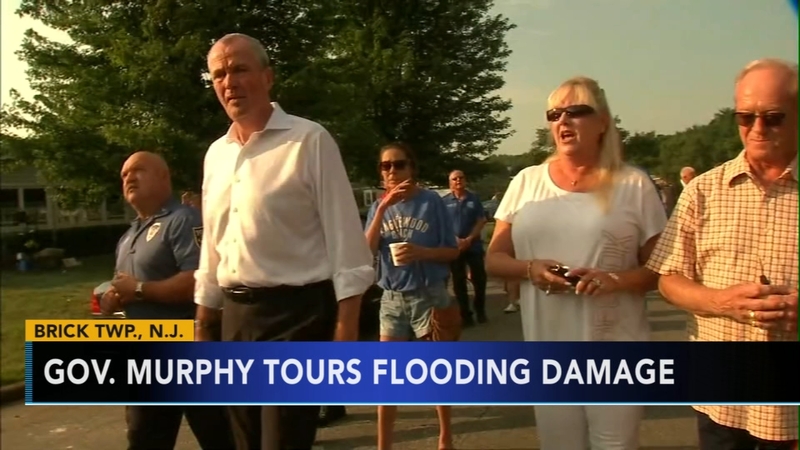 On Friday, New Jersey Governor Phil Murphy got a firsthand look as residents assess how they will move forward.

Emotions and frustrations ran high as residents hit hard by flooding had a chance to show the governor everything they've lost.

More than one hundred homes here were evacuated when close to eight inches of rain fell.

Many are still without power, while others say they were up to their necks in sewer water before they were rescued.

They're questioning why this only affected two blocks in Brick, and whether any utilities are to blame.

Some residents are also reporting looting.

Many of the affected residents didn't have flood insurance because the area wasn't in a flood plain and had never experienced flooding before.

Murphy declared a state of emergency earlier this week, but he says it's unclear if the damage is enough to qualify for FEMA aid.

He says officials at every level are doing everything they can, but also warned people to be wary of contractors who "don't have their heart in the right place."