VOORHEES, N.J. (WPVI) -- People across the area were cleaning up on Tuesday after a strong storms swept through the area.

The hardest hit areas were in South Jersey.

Earlier Tuesday, the National Weather Service says it has determined that storm damage in Burlington County during strong storms on Monday evening was caused by straight-line winds, not a tornado.

"The definition of a tornado is circulation on the ground. If there was a tornado there, you would see damaged matched with the picture and we didn't see that," said Joe Miketta, NWS.

It left damage from Mount Laurel northeast toward Pemberton. 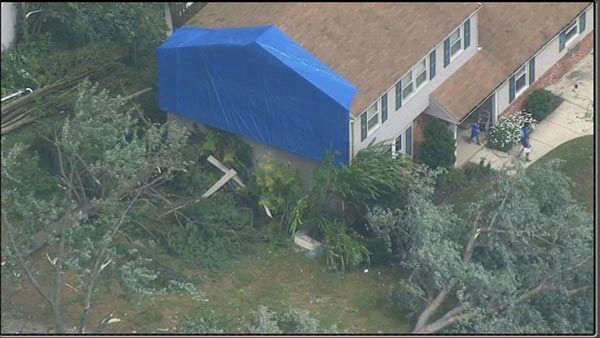 This comes after multiple reports of what appeared to be a funnel cloud in the area.

"It was horrible out here, there was lightning snapping all over the place, it was back over there - the whole sky was lit up," said Joe Cotton.

"One minute I looked out there and it was dark and the next it was raining so hard you couldn't see," said Pat Diller.

When the storm passed, residents like Butch Delio of Southampton found their yards littered with fallen trees.

"They had to come here last night with a chipper and chipped it all up because it was laying in the street," said Delio.

In Pemberton Township an emergency vehicle was stationed along Stockton Bridge Road where a live power line sat on a smoking wire.

"There was a bigger limb on the wires just burning for hours so finally it let loose and fell to the ground," said Deputy Chief Herb Sprowl, Goodwill Fire Company. 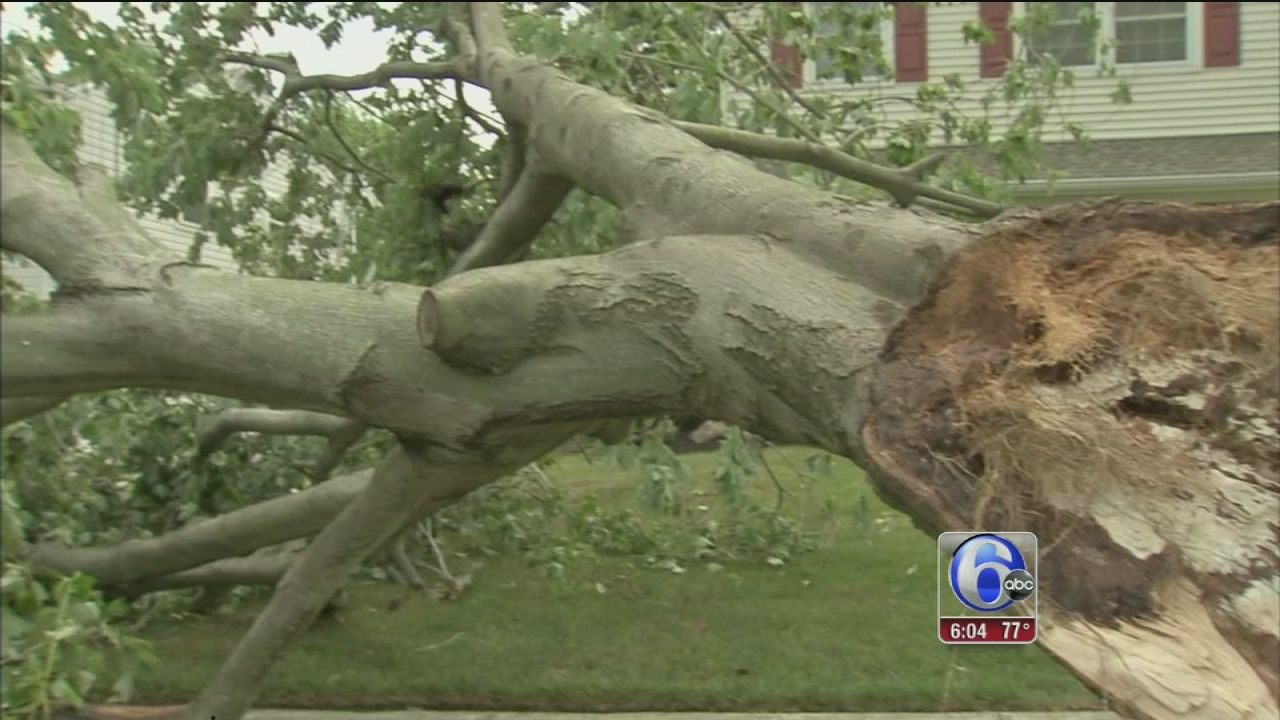 VIDEO: Cleanup after wild winds in Voorhees
Residents were picking up the pieces after yet another night of storms brought wild winds and damage to Voorhees, New Jersey.

Meanwhile, Action News was in Voorhees where high winds uprooted trees, ripped siding off homes and left fences in pieces.

"A lot of trees down, roofs missing, siding missing and people out trying to find their outdoor furniture," said Chief Pacifico.

Action News spotted a resident's shed landed on top of a tree plus dozens of toppled trees and downed power lines.

It all came from the winds that topped nearly 70mph.

Tabby Mirza says she knew the worst of the storm was about to hit when the window she was standing by started to shake.

"I turned around and I saw swirling wind outside. It seemed like it was right outside the window so I just dropped everything I was doing and got down to the floor," said Mirza.

Still, residents say the most important part of the story centers on the fact that in all this wild weather no one was injured.