By late morning in North Wildwood, drivers were met with road closures due to street flooding.

This is what we’re seeing in North Wildwood ... lots of flooding , some road closures ... @6abc pic.twitter.com/QkV5V5ohcS

The surf was rough on the beach between 3rd and 4th avenues in North Wildwood.

"It's definitely not a beach day," Maureen from Bensalem, Pennsylvania said.

She said one of her nephews is a surfer, but would skip today to go out in the water.

Rough surf , no surfing ! Not a day to lay out. But any day at the beach is a good day. 🌊 #jersey girl @6abc #northwildwood pic.twitter.com/djm1PtD5w8

In Wildwood, people helped move a car that got stuck in floodwaters. 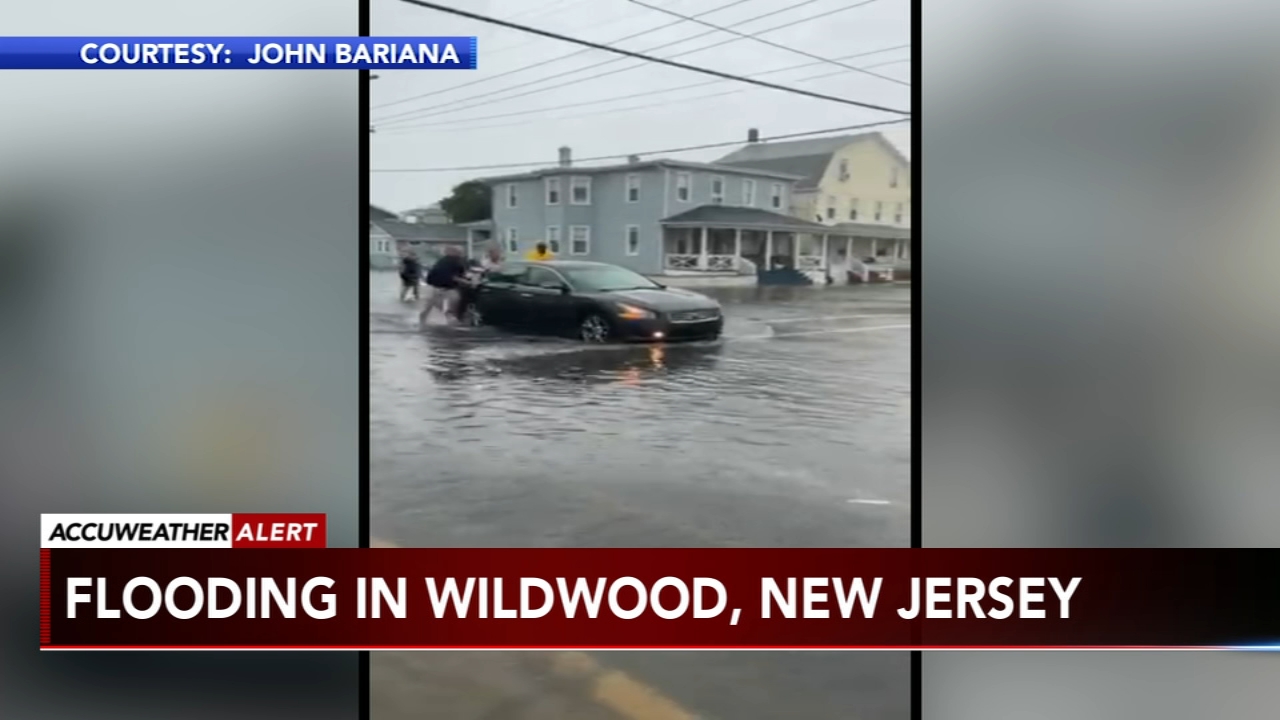 Viewer video shows residents helping a driver get out of rising floodwaters in Wildwood, New Jersey.

The George Redding Bridge was closed for much of the morning. It could be closed again depending on the severity of flooding throughout the day.

Some streets in Sea Isle City became bodies of water.

Sea Isle City is dealing with flooding this morning. A Flash Flood Warning remains in effect for Atlantic and northern Cape May counties until 1pm. pic.twitter.com/3OjQnfoNYz

In Ocean City, Fay began bringing heavy rain early and it continued throughout the morning.

There was flooding at 10th Street and Haven Avenue where some cars tried their luck by driving through, while others turned around.

Many people on Ocean City’s boardwalk despite the heavy rain and strong winds. pic.twitter.com/DLU7VJzRx6

"The roads are really bad, took me about a half an hour to get here, usually 15 minutes," Newtown said.

In Atlantic City, whitecaps battered down on the beach.

The beaches were deserted there as the beach patrol gave the boot to onlookers on the sand.

However, by Friday evening, the rain had started to let up and some people could be seen trying to enjoy what was left of a soggy beach day.
Report a correction or typo
Related topics:
weatherphiladelphiapennsylvanianew jerseydelawarewindjersey shorefloodingtropical storminstagram storiessevere weatherflash flooding
Copyright © 2020 WPVI-TV. All Rights Reserved.
More Videos
From CNN Newsource affiliates
TOP STORIES