Snow turns to sleet and freezing rain in Quakertown 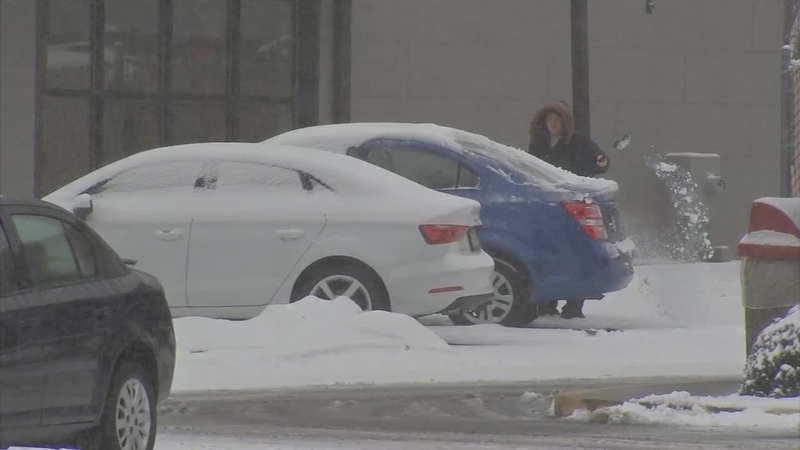 Snow turns to sleet and freezing rain in Quakertown

QUAKERTOWN, Pa. (WPVI) -- It started as a snowy Wednesday morning and has developed into an afternoon of sleet and freezing rain.

In Allentown, it was enough snow to cover the grassy areas but the main roads have been mostly on the wet side.

It is much of the same in Quakertown.

PennDOT officials say the concern for commuters now is possible freezing on the roadways before things actually warm-up later tonight.

"When you have ice or freezing rain that comes down and keeps coming down, you have to keep re-treating it and it keeps re-freezing on the road surface so people are going to be out and they need to use extra caution. More so than a normal winter event," said Ron Young of PennDOT.

Action News spoke with commuters driving around today, who say as people who have lived and worked in the Delaware and Lehigh Valleys for years when it comes to winter-time road conditions, they have seen worse.

"They're not bad at all actually. We're on our way to Atlantic City and they're not bad," said Matt Beatty of Quakertown.

Scott Miller of Quakertown added, "The roads are mostly passable. You have to watch out for the plows that are out there on the roads and make sure you give room for them as they're going through, but no real issues traveling."
------
Send a News Tip to Action News