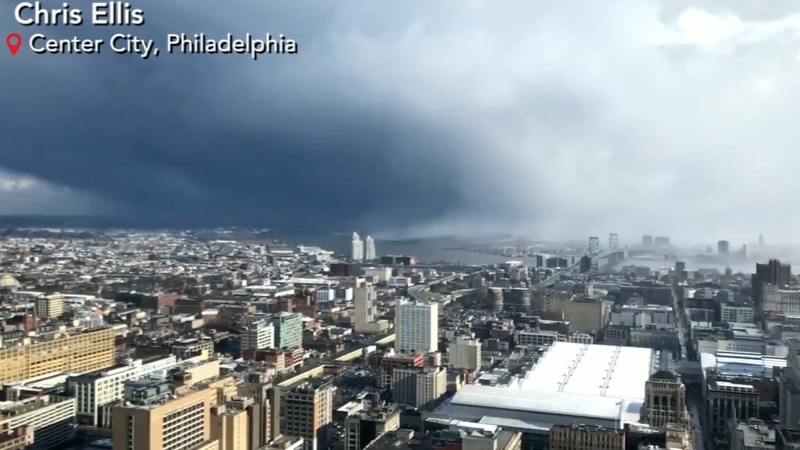 PHILADELPHIA (WPVI) -- A snow squall moved through the Philadelphia area on Wednesday, and Action News viewers were ready to shoot video!

Some who experienced the squall in Center City captured stunning timelapse video of the brief, but fierce weather event.

The National Weather Service issued warnings ahead of the squalls. If you were in the designated areas, an alert likely went off on your phone.

So what is a snow squall?

Though the snow accumulation is not typically significant because they are so brief, snow squalls can create dangerous driving conditions due to visibility issues and quickly-forming ice.

SNOW SQUALL WARNINGS..
Many of you are getting them on your phone. They are sudden bursts of snow that quickly coat the ground and reduce visibility. If you are driving and encounter them, put your hazards on and slow down, even stop. Roads can ice up.

Snow squalls actually have similarities to the types of thunderstorms you usually see in the summer, AccuWeather meteorologist Bernie Rayno explained.

This is what it looked like when the snow squall hit our office! pic.twitter.com/GhNs9c5y2h

"A snow squall is similar to a summertime thunderstorm in that it can have heavy bouts of precipitation in a short period of time and strong, gusty winds," he said, "except instead of getting rain, you're getting snow. And when you get heavy snow and wind, you could reduce visibility and make roads a sheet of ice in minutes."

What is a polar vortex?