Tropical Storm Michael: What to expect at the Jersey Shore 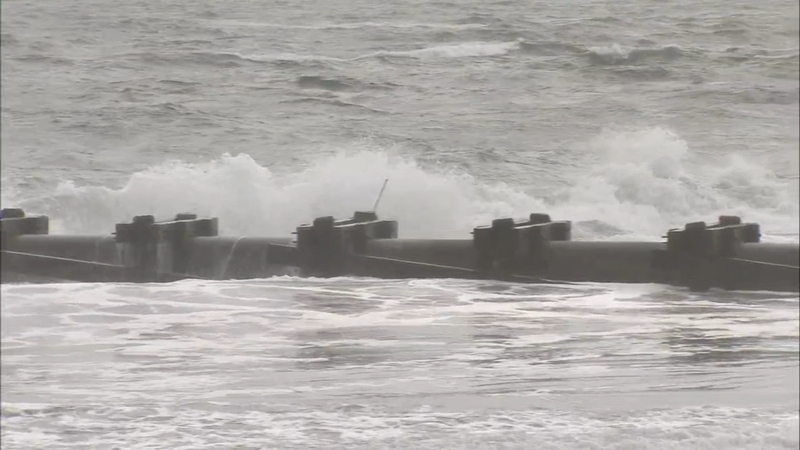 What to expect from the Jersey Shore

In Ocean City, you could see the waves and wind Thursday as residents prepared for the aftermath of Hurricane Michael.

Officials along the Jersey Coast say potential flooding depends on timing, specifically when the rain falls, and how quickly.

Already some streets in town have barricades up in anticipation.

People at the Jersey Shore are watching the sky.

In Wildwood, this morning's downpour lingered at Rio Grande and Susquehanna Avenues, leaving behind a partially flooded road and parking lot.

Residents of back bays should expect a reverse 911 call from officials today reminding them to move their cars to a higher location, just in case.

Captain Daniel Dunn of the Wildwood Fire Department and Emergency Management Coordinator said, "It's all about timing because there's no tidal flooding concern and it's more flash flood due to a freshwater rain event. It is all about timing with high tide."

He also said today, if the high tide that is expected at 11 coincides with heavy rains, they could see issues on roadways.

If it becomes a flash flood event, a high-water vehicle is prepared to head out.

"Those heavy rain bands if they were to hit at the same time, they could exacerbate the flooding," added Dunn.

Ben Laurielo of Wildwood said, "If we realize it's going to be high, we will move our cars to the city parking lot and out here in the garage, I'd have to jack up my antique car."

The Laurielos mark when flood waters have gotten really high in the Back Bay area.

In Ocean City, barricades are up at West Avenue and 31st Street.

Residents say it's to prevent drivers from going through flooded roadways.

Residents and businesses in lower areas of Ocean City know what to do in case the remnants of Hurricane Michael come through tonight and Friday.

Atlantic County Office of Emergency Management said in a release today, they are expecting nine-foot waves and gale force winds.

They are also urging residents in low lying areas to move vehicles.