VIDEO: Man recovering after being struck by lightning in Texas

SPRING, Texas -- Video shows the moment a man instantly collapses when he was struck by lightning in Texas.

A security camera at the Stuebner Airline Veterinary Hospital in Spring captured the moment Thursday as the man was walking his dogs.

The family of Alex Coreas told our sister station KTRK that he's still in pain, but expected to be OK.

Christy Mittler, a worker at the veterinary clinic, said the lightning strike came out of nowhere, but she knew in an instant that she needed to save the man's life.

"I started running through the hospital because someone was like, 'We need help with CPR,'" Mittler said.

Mittler said she and other good Samaritans saw that he was not moving, not breathing and that his clothes were charred.

"His shoes and his socks got blown off his feet," Mittler said.

Mittler, a colleague and another stranger performed CPR until they could feel a pulse.

"We rolled him over. We were knocking him on his back, telling him, 'It's okay. You got hit by lightning,'" Mittler said.

Deputies said the man's three dogs ran away after the strike, but they found them after searching a nearby wooded area.

A gaping hole in concrete was left where the lightning bolt struck the man.

KTRK meteorologists said a small cluster of intense lightning was detected in the area around the time the man was struck.
Report a correction or typo
Related topics:
weathertexaslightningcaught on videou.s. & worldcaught on camera
LIGHTNING 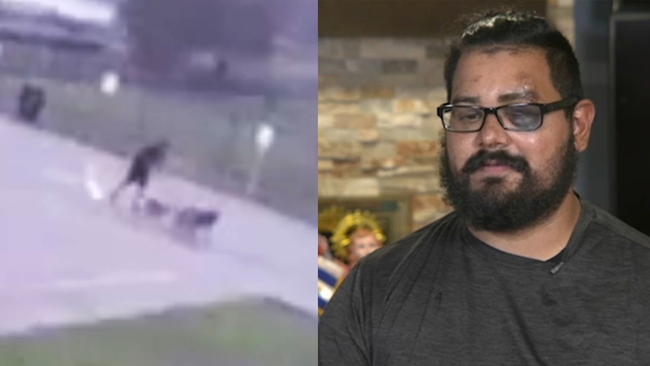 Man struck by lightning speaks out after incident 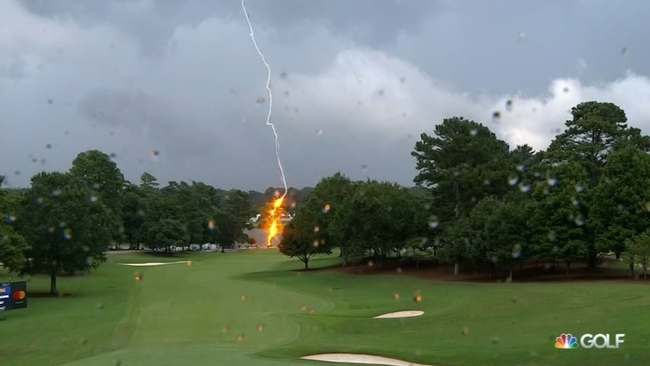 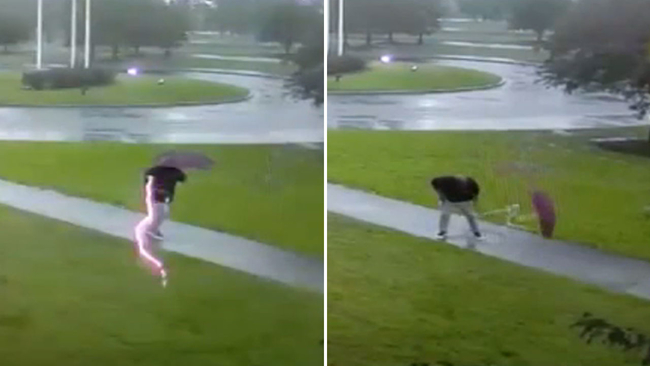