Where does road salt go? 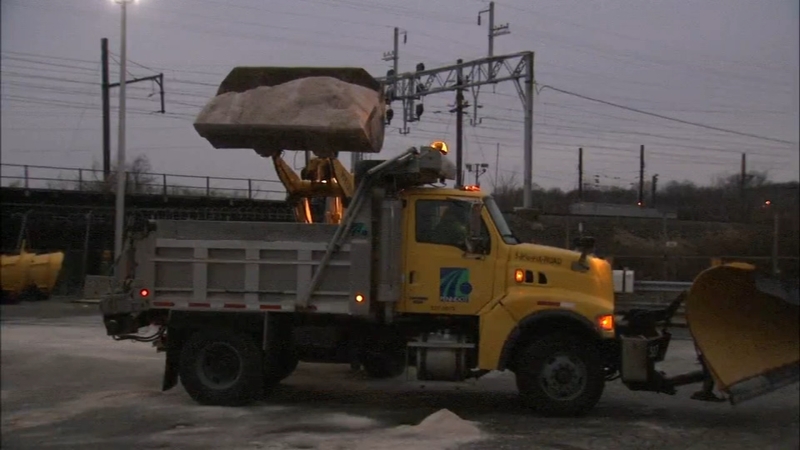 Where does road salt go?

PHILADELPHIA (WPVI) -- In the winter we dump mountains of salt on our roads, but where does it go once it washes away?

In the Delaware Valley, it seems much of it ends up in the Delaware River. Some Rider University students are helping track the salt as it travels through the soil.

"Probably two-thirds of the salt goes down to the river," said Hongbing Sun, professor, Rider University.

Sun says the amount of sodium in the river is increasing faster than once predicted. He believes if the trend continues decades down the road it could be a human health concern especially for some with high blood pressure.

"One group of people, people who have hypertension, they are the people who are salt sensitive," said Sun.

Kelly Anderson is a scientist with the Philadelphia Water Department and the Delaware River is one source of its water. The rising concentration of road salt is on the radar, but Anderson says it is not an issue yet.

"At this time we are currently studying and trying to understand the impacts of chloride and sodium increases in the river," said Anderson. "You don't need to be concerned of sodium in Philadelphia's tap water at this time."

As for a more immediate concern, before road salt contaminates the river it gets to your car.

Which is why Carlo Persichilli of Carlo's Auto Repair is looking at the underside of a Ford Wednesday afternoon.

"Anything white is damage from rock salt," he said.

Exhaust systems to suspension parts can be subject to salt corrosion. The best advice is to go somewhere where they have the ability to wash the undercarriage of a car to flush the salt off.