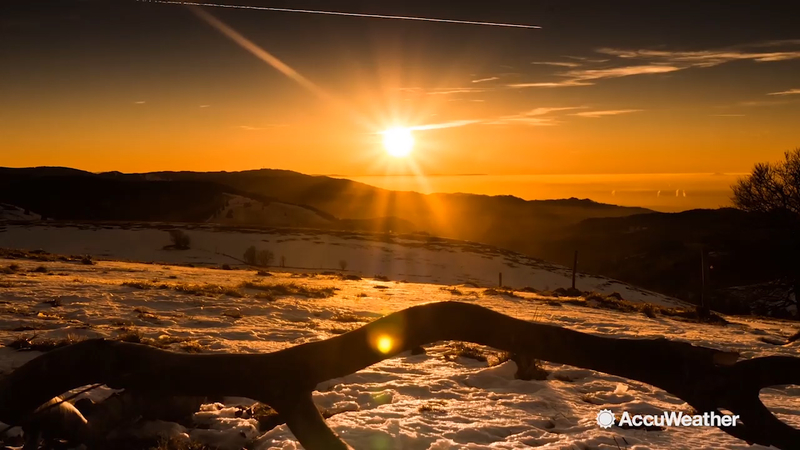 The 23.5-degree tilt in Earth's axis of rotation creates a rise and fall appearance of the sun over the course of a year. During the winter solstice, the Northern Hemisphere is tilted at its farthest distance from the sun, bringing less light and colder temperatures.

The tilt of the Earth -- not our distance from the sun -- is what causes winter and summer. In fact, Earth is closer to the sun during winter than it is in summer months.

The solstice is not the only major astronomy event on Monday.

This month, Jupiter and Saturn will come together in the sky to shine brightly as a "Christmas Star," according to AccuWeather.

During the "great conjunction" on Monday, Jupiter and Saturn will form a "double planet," appearing just a tenth of a degree apart -- or about the thickness of a dime at arm's length.

This phenomenon has been dubbed a "Christmas Star" in reference to the celestial light that guided the three wise men to Jesus in the Christian Bible's nativity story.