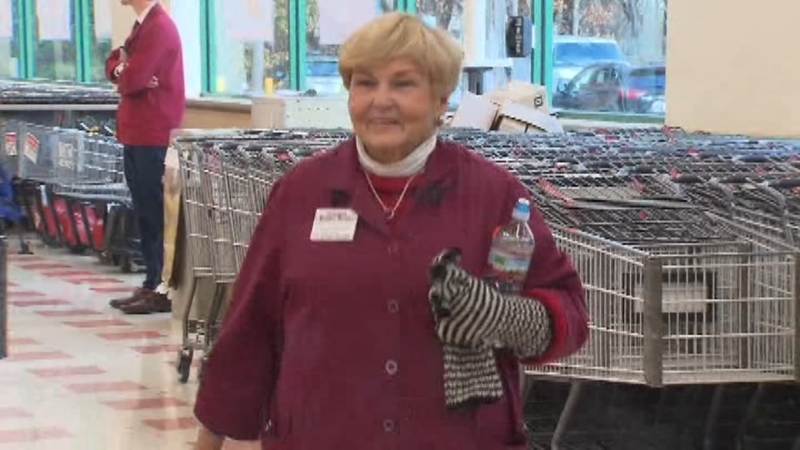 CHELMSFORD, Massachusetts -- A wedding ring lost in a grocery bag was returned to an 80-year-old widow in Massachusetts thanks to the help of social media.

Jan McGuire works as a part-time bagger at the Market Basket in Chelmsford, Massachusetts.

Almost two weeks ago during her shift, she had a shock that stopped her cold.

"I only had my diamond. And I said, 'Oh my God, my wedding ring went out.' And I hadn't heard it, so I knew it had to be in somebody's bag," she recalled.

That ring had been on Jan's finger since 1960 when she married Don McGuire, who died six years ago this month.

"And I felt that was all I had left. They said, maybe you could buy another. No, I couldn't. It's not the same," she told WBZ-TV.

Jan was crushed. She posted about the loss on Facebook, at the suggestion of her daughter. The plea for help was shared nearly 3,000 times, but Jan was not optimistic.

"Everybody was praying to St. Anthony, but I lose so many things I was afraid he'd say, the heck with her. But he worked out. It worked out," she said.

A few days later, someone returned the ring to Customer Service at the store.

"I was so shocked. I was so excited. I couldn't stop crying," Jan recalled.

She doesn't know who her guardian angel is.

"I have no idea. I'd love to know because it means so much to me," she said.

Now, Jan is wearing the ring securely on a chain around her neck - and closer to her heart.